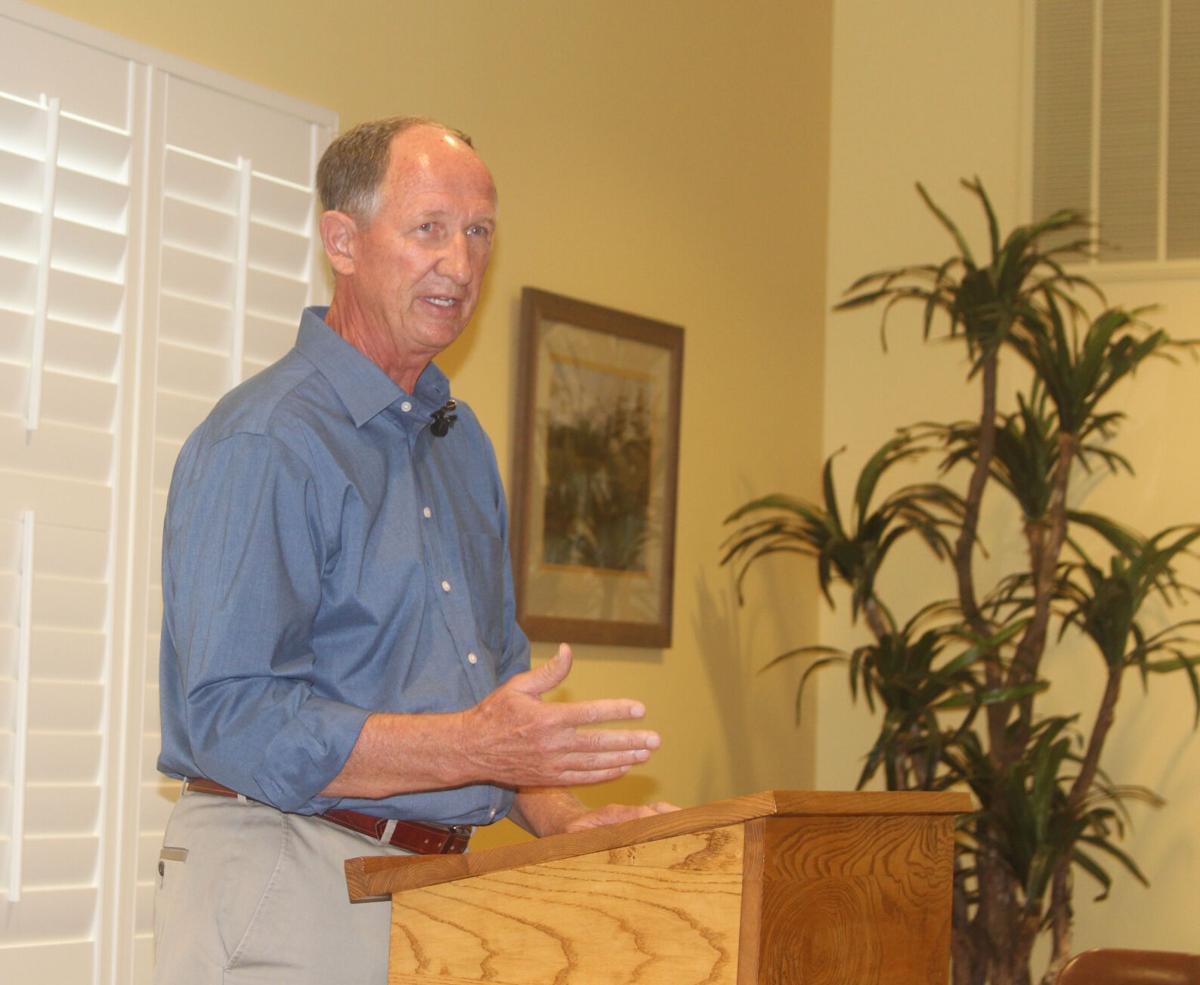 State Rep. Richard Heath, R-Mayfield, announced his re-election bid for 2022 Saturday morning at a Graves County Farm Bureau meeting. He also announced he would seek the office of Kentucky's Commission of Agriculture in 2023. 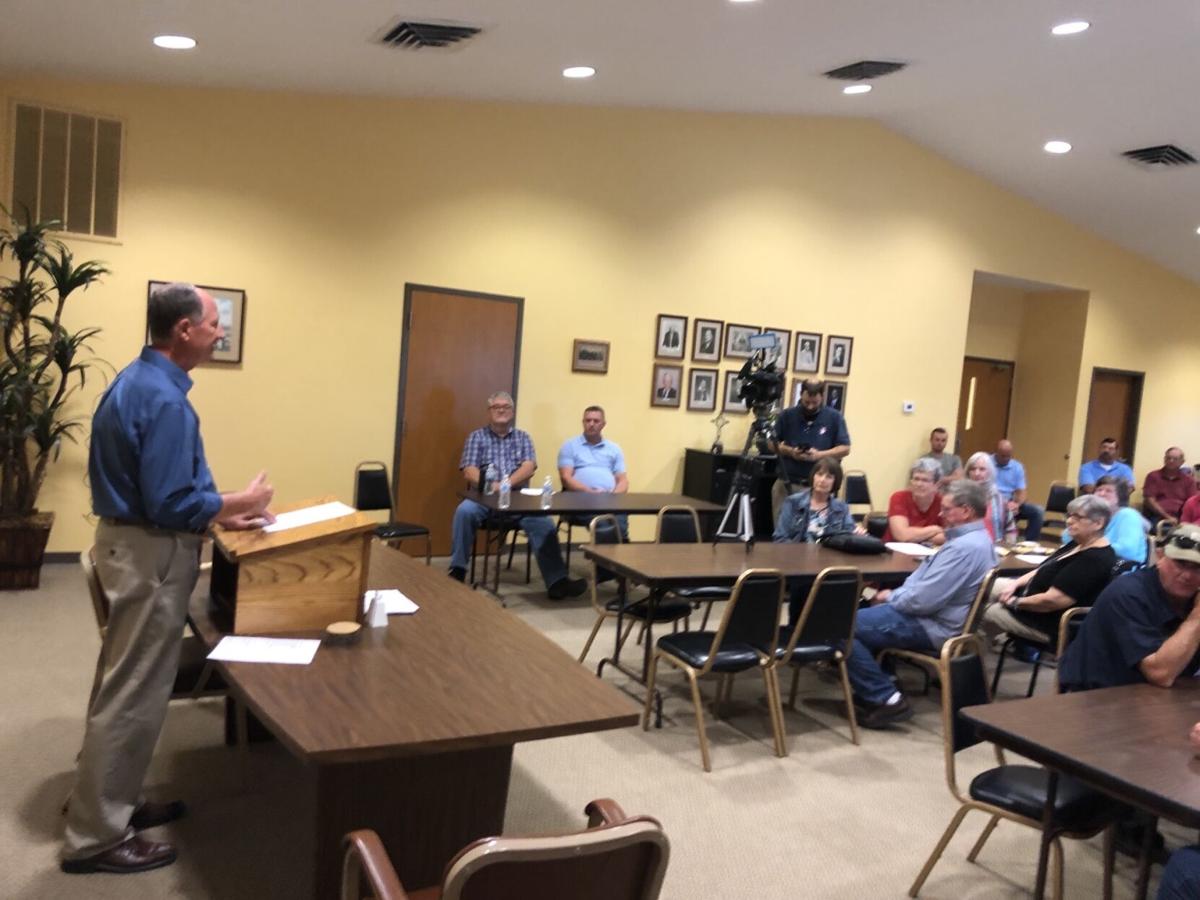 Members of the Graves County Farm Bureau and supporters listen as State Rep. Richard Heath announces his political plans for 2022 and 2023 Saturday morning.

State Rep. Richard Heath, R-Mayfield, announced his re-election bid for 2022 Saturday morning at a Graves County Farm Bureau meeting. He also announced he would seek the office of Kentucky's Commission of Agriculture in 2023.

Members of the Graves County Farm Bureau and supporters listen as State Rep. Richard Heath announces his political plans for 2022 and 2023 Saturday morning.

Mayfield state legislator Richard Heath, who has served as chair of the Kentucky House Agricultural Committee for the past five years, announced he will run for the state’s Commissioner of Agriculture seat in 2023.

Heath also stated he will run for re-election as state representative of the House of Representatives’ Second District, which covers Graves and the southern portion of McCracken counties, in 2022.

He made the announcements at a meeting of the Graves County Farm Bureau Saturday morning.

A Republican, Heath has served in Kentucky’s House since 2012. He also owns and operates Heath Buildings along with his wife, Ruth.

Raised on a farm in the Clear Springs community in Graves County, Heath stayed in farming after graduating from Cuba High School and worked through Murray State University raising corn, soybeans, wheat and tobacco. In the mid-1980s, he managed the Graves County Co-op store until 2000 when he purchased Heath Buildings from his brother.

In 2015, Heath ran for state agriculture commissioner against current commissioner Ryan Quarles and lost in a close primary bid by a 50.4% to 49.6% margin. Heath said he didn’t announce he was running in that race until later after Quarles had already gotten a head start to his campaign.

That prompted Heath to get a leg up with this campaign for 2023.

“People around the state have asked me, ‘Are you gonna run again?’ And my answer was ‘I haven’t ruled it out. We’ll see what it looks like when the time rolls around again,’” he said. “I’m excited to take on this challenge and go back and run this time.”

Heath said his experience on the House Agriculture Committee has allowed him to work with Quarles, as well as his predecessor, U.S. First District Congressman James Comer. He credited both on the efficiency of Kentucky’s agriculture commission and feels he would be able to step into the role and continue with the same momentum they established in the office.

“I feel it’s these life experiences that have put me in a position to represent the people of Kentucky as their commissioner of agriculture,” he added. “(I’m) excited for the opportunity and for the challenge.”

When legislators return in January 2022 for the General Assembly, Heath said they will look at tax reform with their budgetary work which could impact agri-business and farms.

“I’ll be in Frankfort to make sure those farm interests are taken care of,” he said. “I think that will spill right over into the agriculture commissioner’s office. Commissioner Quarles works real close with the legislators and I have those relationships and connections to step into the role and be able to walk through the door and talk to legislators in their offices and make sure those interests are kept in the forefront.”

Also during his announcement, Heath touched on issues such as Kentucky’s Office of Agricultural Policy and its funds for providing low-interest loans to help young farmers and their operations, protecting tobacco settlement money, and promotion of local farmer’s markets.