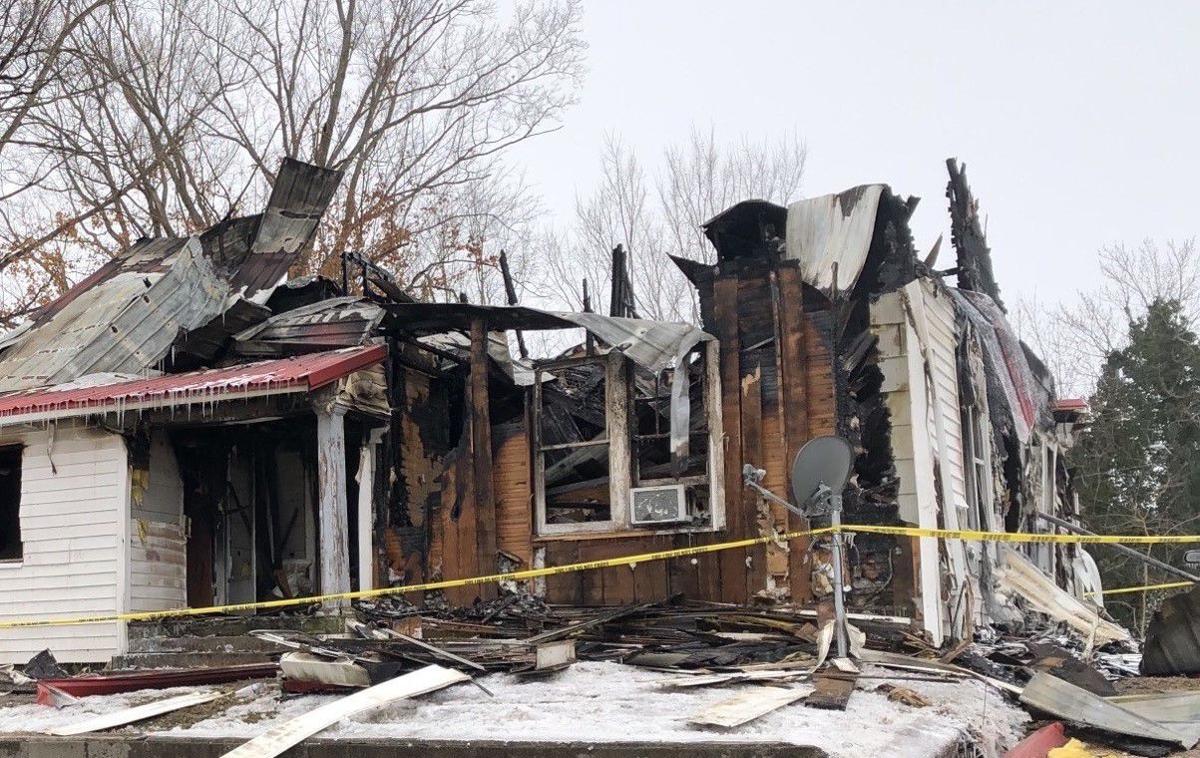 The remains of the James and Kelly Moore home on North Sixth Street following a Tuesday fire. 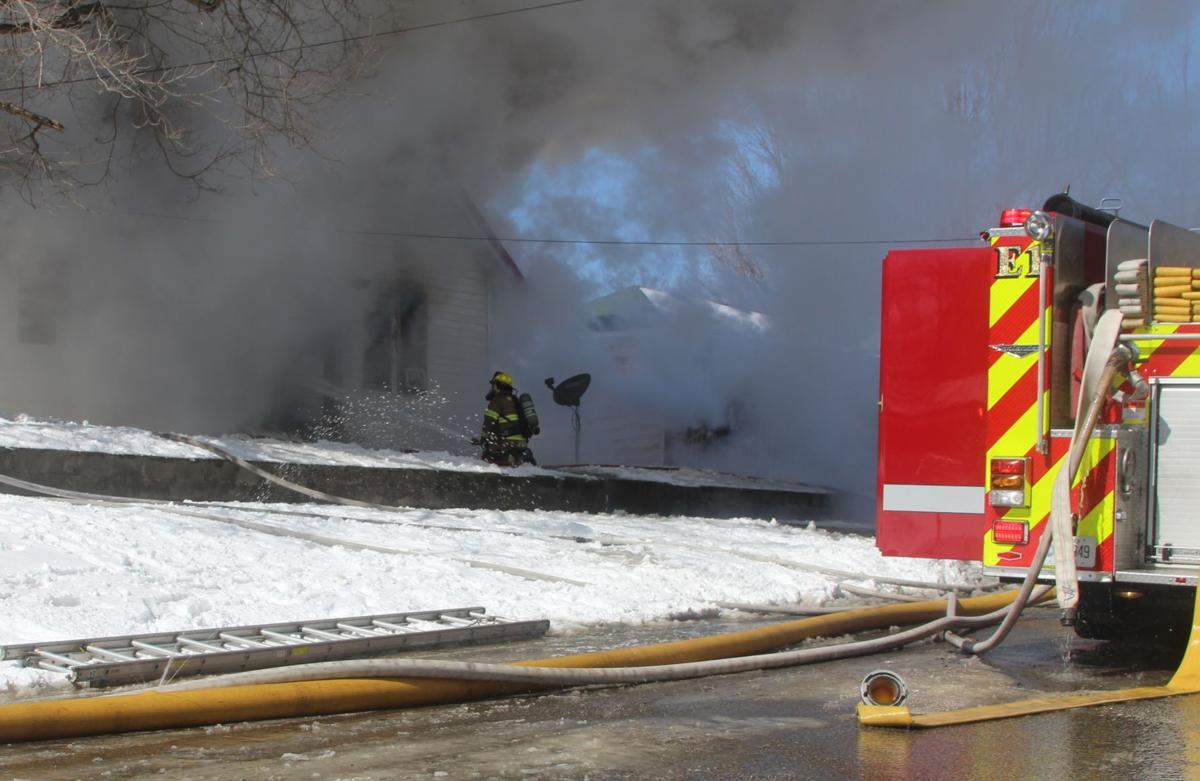 A Mayfield Fire Department firefighter sprays water on a house fire on North Sixth Street on Tuesday. With water all over the street and freezing temperatures, personnel battling the blaze had to contend with wet, cold, heat and smoke.

The remains of the James and Kelly Moore home on North Sixth Street following a Tuesday fire.

A Mayfield Fire Department firefighter sprays water on a house fire on North Sixth Street on Tuesday. With water all over the street and freezing temperatures, personnel battling the blaze had to contend with wet, cold, heat and smoke.

The Mayfield community has been rallying to the aid of a family who lost their home to a fire on Tuesday.

James Moore was at work at Kendor Wood off South 10th Street when he received a call from his wife, Kelly, around noon that day about their house being on fire.

“I could see the smoke from work,” he said, standing across from their North Sixth Street home Tuesday as smoke and flames rose and Mayfield Fire Department firefighters worked to extinguish the blaze.

The family, which includes six children, were able to escape to a neighbor’s home. No injuries were reported.

A GoFundMe account has been established for the Moore family house fire by Kim Farley. As of Thursday morning, it had raised nearly $5,500 of a $10,000 goal. Local businessman Sonny Gibson had also set up a fundraiser on Facebook.

Mayfield’s First Church of the Nazarene, where the Moores attend church, has housed the family in its fellowship hall and was working on finding them rental property. The Moores also received coats, clothing and shoes from The Annie Gardner Foundation and church, as well as separately donated gift cards and food.

According to MFD Chief Jeremy Creason, the department was called out just before noon and were on the scene for more than four hours. He said 15 firefighters were on the scene, but the number fluctuated due to them also responding to EMS calls.

“We made an initial entry into the house to attack the fire and perform a search,” Creason explained, “but had to pull out after the roof started collapsing in the rear of the house.”

Along with the fire and smoke, firefighters faced bitterly cold temperatures. Tuesday’s was the second fire crews battled in frigid conditions in two days. The other was on Broadway Place Monday. Creason said they were the most uncomfortable conditions he could remember with personnel covered in water and ice.

And with the risk of frostbite in the cold conditions is also the risk to equipment. “We have to pay close attention to the water lines and drains in the pump on the truck,” Creason added. “Drain lines, especially, have a tendency to freeze up. Some of our supply line actually froze to the street.”

“Our gear was completely covered in ice. The pockets on my gear were frozen shut, and my radio iced over to the point where I couldn’t press the button in to talk,” he said.

The cause of the fire is still under investigation.