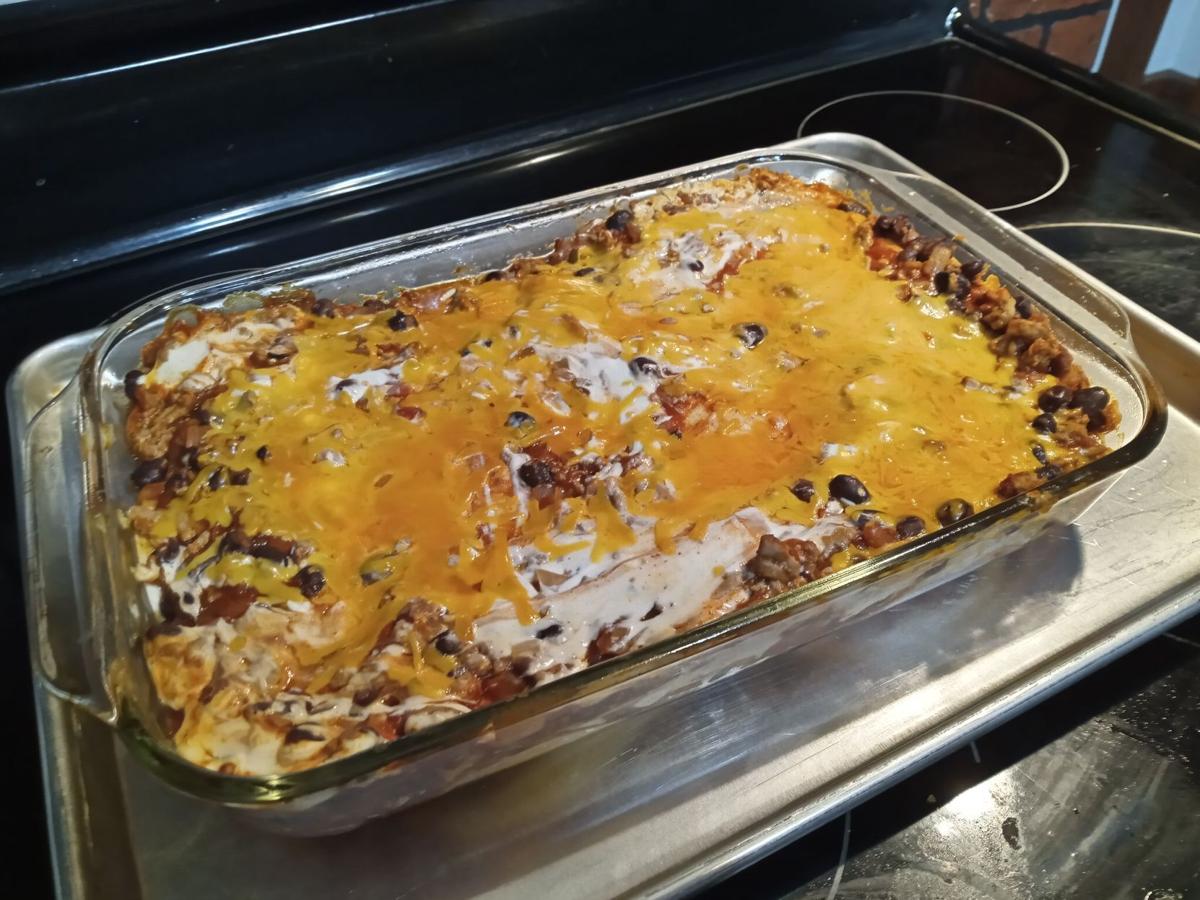 Mexican lasagna is an easy casserole that uses flour tortillas instead of noodles and salsa instead of marinara sauce. 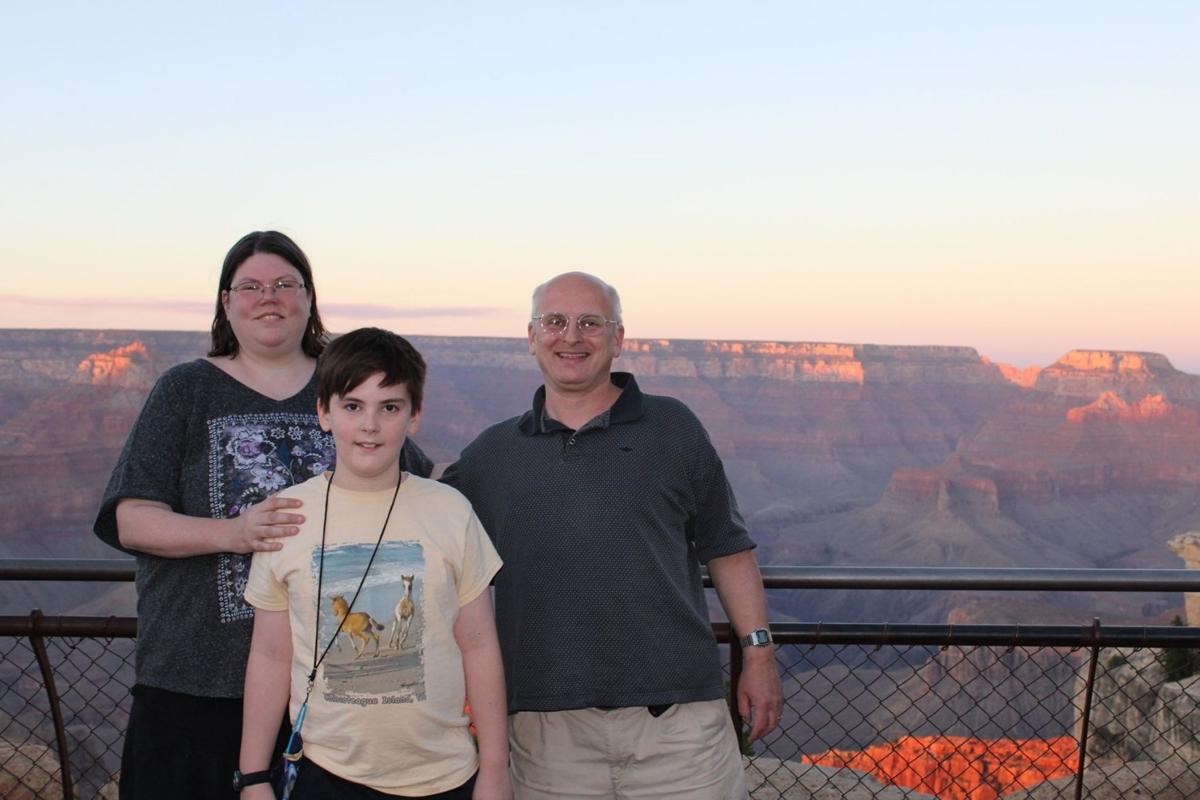 Shelley, Paul and Drew Byrne visited the south rim of the Grand Canyon during a recent trip to see national parks in the Southwest. 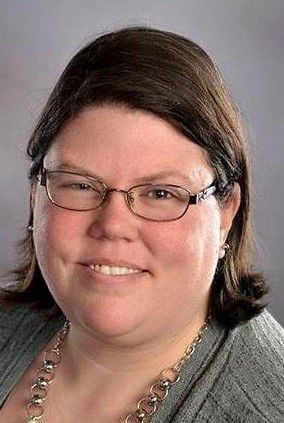 Mexican lasagna is an easy casserole that uses flour tortillas instead of noodles and salsa instead of marinara sauce.

Shelley, Paul and Drew Byrne visited the south rim of the Grand Canyon during a recent trip to see national parks in the Southwest.

Before the coronavirus pandemic hit, our family had planned a May trip to Niagara Falls. As we expected to visit both the Canadian and American sides, Paul, Drew and I got our passports. They arrived the day the government closed the border with Canada. Just my luck.

Eventually we canceled the trip, but we decided to extend a trip we had already planned to Texas for late July and early August. Drew, now 10, wanted more than anything to use his new passport, so we thought we would cross into Mexico, never imagining the American borders to both the north and south would be closed, along with the dinner theater we had booked in Dallas and the museums we wanted to see.

I’m stubborn, though, so I still wouldn’t cancel our vacation. I just changed the destination for the third time. We planned a trip through the desert Southwest, visiting some of our national parks, including Carlsbad Caverns National Park, Saguaro National Park, Petrified Forest National Park and Grand Canyon National Park. We got so close to Mexico as we drove through El Paso, Texas, that we could see across the Rio Grande and into it as we drove on Interstate 10. On a mountain just above the Mexican city of Juarez, unknown artists had written in Spanish, “CD Juarez, la Biblia es la verdad. Leela.” Translated it means, “City of Juarez, the Bible is the truth. Read it.”

Unfortunately, with border restrictions in place and our discomfort over a growing number of pandemic hot spots, we were unable to cross into Mexico anywhere for an authentic Mexican meal and an afternoon of shopping at the market, as I had wanted. We did have some delicious food whose origins were Mexican, however, when we visited Oaxaca (pronounced Wa-Ha-Ca), a restaurant in Sedona, Arizona, named after the Mexican state of the same name. Here we tried an appetizer of grilled nopales cactus pads in a sauce made from roasted tomato, peppers and almonds. They tasted similar to asparagus to me.

After 10 days and nine nights on the road, across 11 states and 4,700 miles traveled, we couldn’t have been happier to make it back home. We were also grateful that a rapid coronavirus test showed we were perfectly safe to spend time with family, although I continue to work from home. I got back into my kitchen with renewed energy after all those meals on the road, and it turned out what I wanted was an easy Mexican casserole. This layered Mexican “lasagna” uses tortillas instead of noodles and salsa instead of marinara sauce and was a big hit with my family.

First, preheat your oven to 375 degrees. In a skillet, brown a pound of ground beef or turkey with a diced onion. Drain the fat and stir in 2 cups of salsa, a drained and thoroughly rinsed can of black beans and your favorite packet of taco seasoning mix.

Spray a 9-by-13-inch pan with non-stick spray, and spoon a small amount of the mixture on the bottom of the pan. Then cover it with three overlapped flour tortillas and about a quarter of the remaining meat mixture. Top that with a few spoonsful of sour cream, and shake on some shredded cheddar cheese before repeating the tortilla and other layers twice. End with the remaining meat mixture to prevent the casserole from drying out, and the last of the cheese, in a final, melty layer. Cover with foil and bake about 45 minutes. Then remove the foil and let the casserole set for at least 10 minutes at room temperature before slicing it into rectangles.

Traveling in a pandemic was a little disconcerting, even though we stayed away from crowds entirely and ate most of our meals from our cooler or via drive-through or carryout options. We saw some amazing views and made incredible memories for our family, though, so it was worth the trip for us. Next time we travel that way, I hope we visit Mexico in person instead of getting just a small taste.

Brown meat with onion and drain off fat. Add salsa, beans and taco seasoning. In a 9-by-13 pan coated with non-stick spray, layer small amount of meat mixture, followed by three tortillas, one-fourth meat mixture, spoonsfuls of sour cream and shredded cheddar. Repeat layers twice. Then end with remaining meat mixture and remaining cheese. Cover with aluminum foil and bake 40 minutes at 375 degrees, then let rest at least 10 minutes for even slicing.

Shelley Byrne is a former reporter for The Mayfield Messenger and is a “Mom in a Hurry.”

Shelley Byrne is a former reporter for The Mayfield Messenger and is a "Mom in a Hurry."