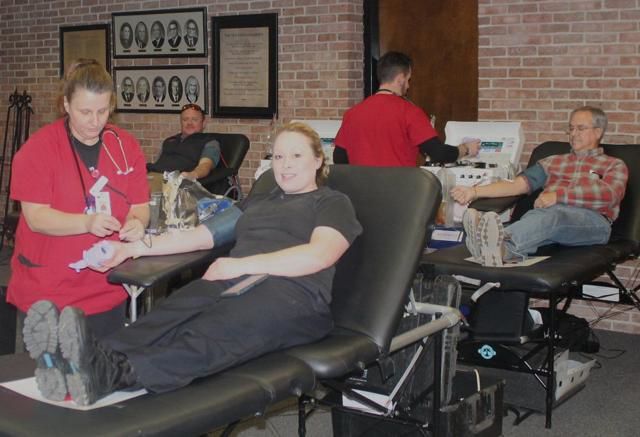 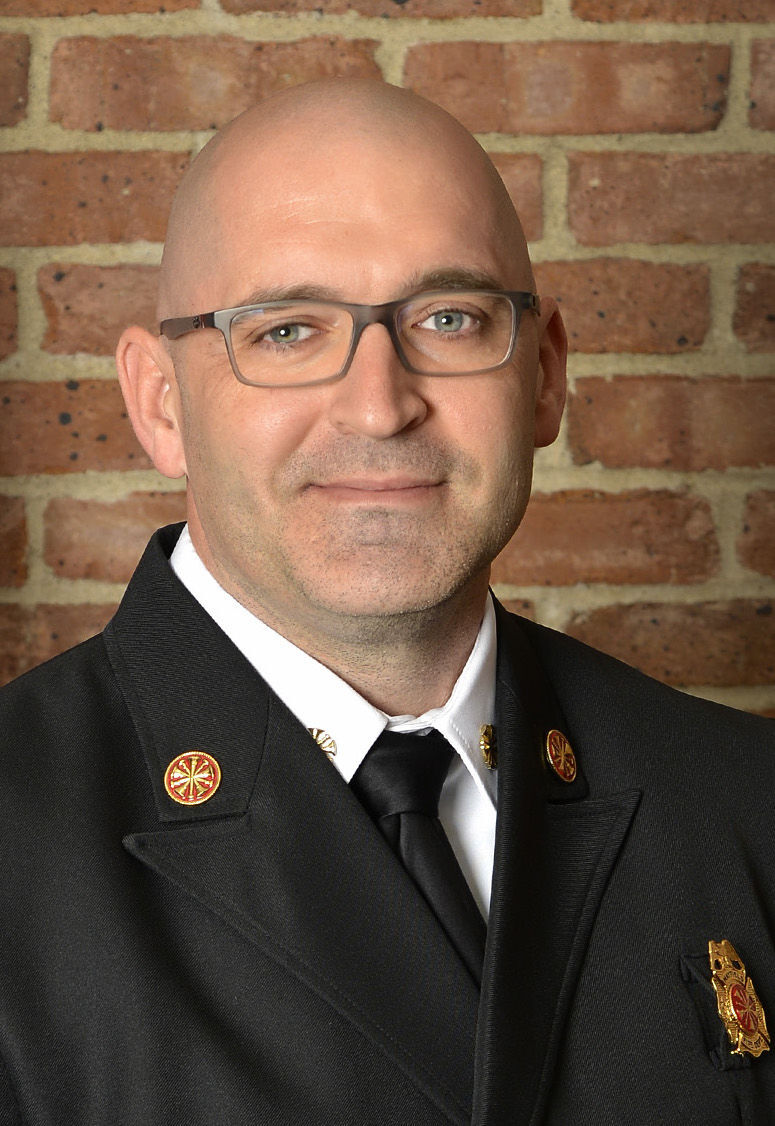 The American Red Cross is once again sponsoring the “Battle of the Badges” at Mayfield City Hall next week. Residents will be asked to donate blood for those in need from 9 a.m.-3 p.m. on Wednesday in the council chambers.

Prospective donors can pick which agency to donate in the name of Mayfield Police Department (MPD), Mayfield Fire Department (MFD) or the Graves County Sheriff’s Office. The winning agency will get its name on a plaque, Officer Crystal Nadeau said.

Nadeau is coordinating with Louis Zimmerman, who is with American Red Cross Biomedical Services, to organize the event. She said the overall theme is simply a way to drive more donations, particularly with city employees.

“We just put a little friendly competition on it to encourage more city employees to be involved. The blood drive is open to the public and all city employees,” Nadeau said. “The event is promoted as a friendly competition between the badges: fire, sheriff, and police. Typically, our event is held in January, but due to COVID, we have changed it so we can still support the American Red Cross, during supply shortages.”

The winner will be announced at the Champions of the 3rd Battle of the Badges Blood Drive. The winner for the first year (2019) was the MPD, with the MFD taking the title in 2020, she added.

While the competition is in good fun, Mayfield Fire Chief and Emergency Medical Service Director Jeremy Creason has stated that the important thing is giving blood for those in need.

“Donating blood is truly a life saving act,” he said. “With donor numbers being low over the past year and a half, it is vitally important that those who can donate do so now.”

He said the need for blood is “constant,” and that “only volunteer donors can fulfill that need for patients in our community.”

“Nationwide, someone needs a unit of blood every two to three seconds and most of us will need blood in our lifetime,” Zimmerman said.

There are a variety of ways for residents interested in donating blood to set up their appointment at next week’s blood drive, he said. They can download the Red Cross Blood Donor App from Apple’s app store or Google Play.

Appointments can also be made at redcrossblood.org by entering the sponsor code “MayfieldBadges.”

Alternatively, residents can text BLOODAPP to 90999.

Zimmerman said donors are also encouraged to visit redcrossblood.org/rapidpass on the day of their appointment and fill out pre-donation readings and healthy history questions. Doing so could save them up to 15 minutes waiting to give blood.

He noted that unvaccinated donors and staff will be required to wear masks to protect against potentially spreading COVID-19.

On who would win this year’s Battle of the Badges, Creason was obviously in the fire department’s court.

“The competition is pretty close every year. It is hard to say who will win. My bet is always on my staff at MFD though,” Creason said.