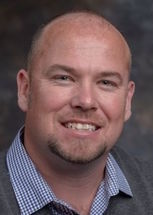 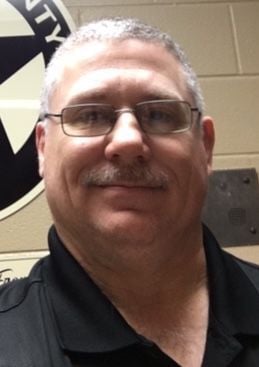 The 2020-21 fiscal year audit of financial statements of the Graves County Fiscal Court and Graves County Jail released on Aug. 24 show multiple issues of non-compliance, several of them being repeat findings.

In the release from Auditor of Public Accounts Mike Harmon’s office, Judge/Executive Jesse Perry acknowledges the issues and says measures are being put in place to be in compliant with generally accepted accounting principles and state statutes.

The audit listed four non-compliance issues for the fiscal court.

Harmon’s office says issues such as those could result in line-items being over budget, claims being paid which are not valid obligations of the fiscal court, inaccurate reporting and misappropriation of assets.

Not only does the Department of Local Government have a purchase order system in place with guidelines to be followed, the Graves County Administrative Code, which was adopted by the fiscal court, says when a vendor submits an invoice it must include a purchase order number or it will not be paid.

Perry says in the release that each county official and department head have been informed of what is required in the administrative code regarding purchase orders. He has requested each department require a purchase order before anything is purchased or ordered moving forward.

The audit report says the the court also did not have adequate controls over the budgeting and reporting process. These inadequacies included financial reports not matching approved budgets and amendments; overspending; budget transfers not properly balanced or recorded; and the court approving a budget amendment as an emergency although an emergency had not been declared.

According to the treasurer most of these issues were due to errors made when processing the report. The capital projects line item was overspent due to the pass through of ASAP funds not being budgeted correctly. One budget amendment was approved as an emergency because the money was received late in the year, and fiscal court wanted to use it quickly for small business grants.

Due to these errors, fund budgets on the fourth quarter financial report were materially misstated, which increases the risk of misappropriation of funds, according to Harmon.

Lastly, the audit found that the court submitted unsubstantiated jail payroll costs for reimbursement from the Coronavirus Relief Fund and lacks control over the jail payroll. Harmon’s office tested three reimbursement requests and two requests showed that five jail employees did not keep timesheet, two instances where time sheets did not match their payroll summaries and 44 instances where the timesheet were not signed by the employee.

“Graves County was able to work with the Department for Local Government for payroll that was supported according to the 2020 Coronavirus Relief Fund 21.019, 2020 C-070 and C2-280 guidelines. The issue of signed time sheets for all employees has also been reconciled as of May 2022,” said Perry.

Regarding the jail, the audit says there were no adequate segregation of duties over jail commissary operations, another repeat finding. Both bookkeepers collected receipts from kiosks and customers, and prepared deposits. One bookkeeper reconciled the bank accounts each month, but there was no documentation of anyone reviewing the reconciliations.

Jailer George Workman said even though it is a small agency with two administrative assistants, they will make attempts to ensure the person that takes in the cash or checks is not the same person that counts it or deposits it.

The jail also did not have policies and procedures in place for collecting accounts receivable from former inmates. Harmon’s office good internal controls be implemented to ensure outstanding amounts due to the jail are being collected.

“This is our first audit and a learning experience. We have received documentation from the auditors that we shall attempt to duplicate to prevent issues in the future,” Workman said in the release from Harmon’s office.