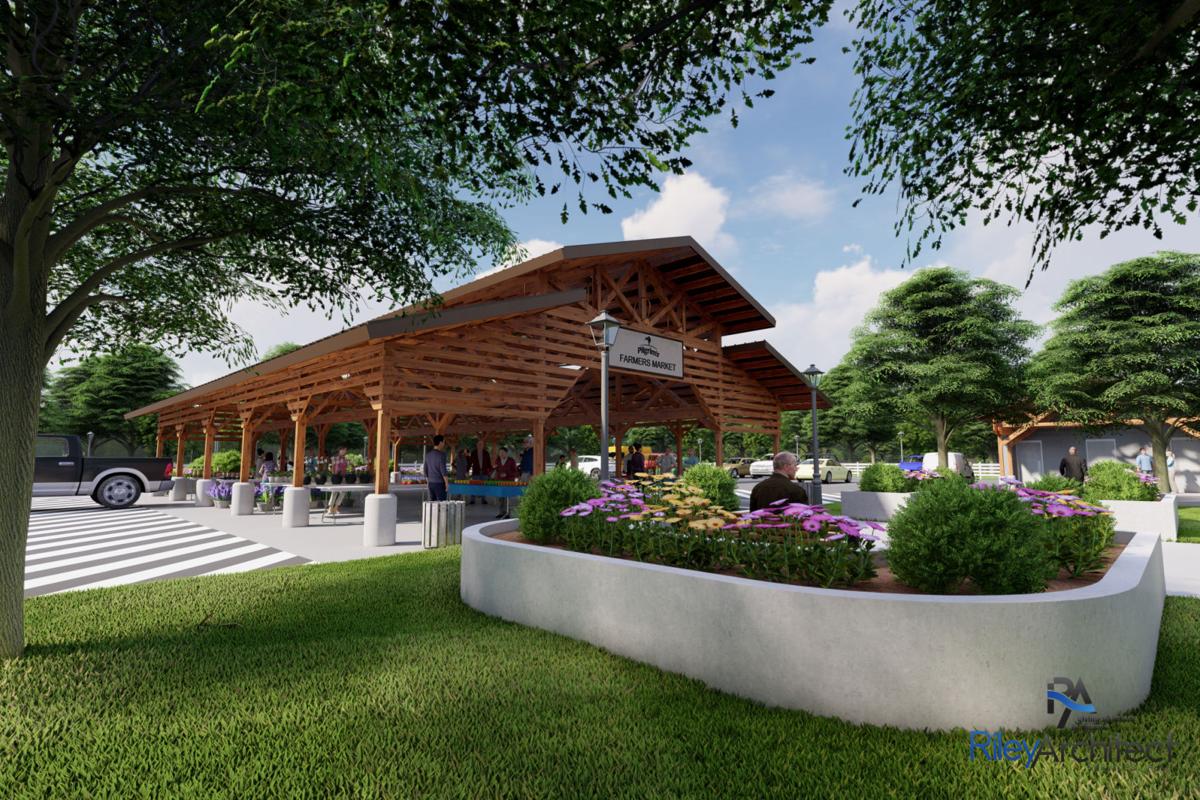 This artist rendering shows the possible look of a farmer’s market pavilion and area on land near the Mayfield/Graves County Ballpark and leased by the Home Improvement Project group. The plan is to have a dedicated facility for local food vendors with green space, parking and walkways that will connect a campus area with the ballfields and tennis courts near the site. 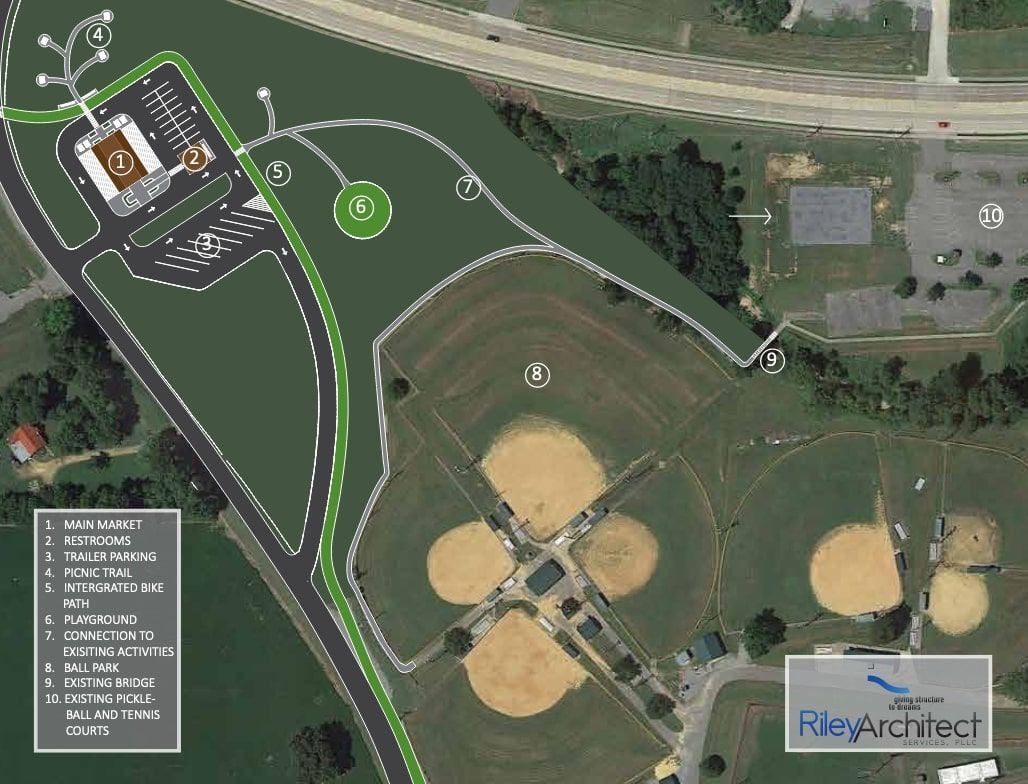 This artist rendering shows the possible look of a farmer’s market pavilion and area on land near the Mayfield/Graves County Ballpark and leased by the Home Improvement Project group. The plan is to have a dedicated facility for local food vendors with green space, parking and walkways that will connect a campus area with the ballfields and tennis courts near the site.

The Graves County Fiscal Court approved Tracie Mahan to serve as administrator for federal and state funds aimed at helping local governments, businesses and individuals recover from the impact of the COVID-19 pandemic.

Mahan’s role will be to organize and present project information to fiscal court commissioners for possible funding through the American Rescue Plan Act (ARPA) and Kentucky Infrastructure Authority (KIA). The ARPA funds go to communities with populations less than 50,000.

He, commissioners and Mahan were planning to meet today (Wednesday) to establish the process for accepting projects from the court and public. Perry said the process could involve Mahan acting as a clearinghouse to check if proposed projects would qualify with fund guidelines or not. Qualifying projects would be submitted to the fiscal court for further examination, determine cost, and if it is a county priority or “a want and a need.”

Examples Perry shared of potential ARPA projects would be proposed renovations to the former American Legion building for county governmental use as well as needed upgrades to Fancy Farm’s package plant for its sewer system.

“Will it qualify? I don’t know but I think it will,” the judge said of the Fancy Farm plant. “That’s an immediate for me. We want to get that stuff looked at.”

According to Perry, the contract with Mahan, which he said could be formalized this week, would be for six months with a contingency that if the money is not all distributed in that time frame the contract would automatically renew. Either party would also be able to opt out within 30 days.

In similar business, the court heard a presentation from four members of the Hometown Improvement Project (HIP) on a planned farmer’s market on North 17th Street by the Mayfield-Graves County Ballpark. The members asked for the county to be a “pass through” entity for a potential $250,000 Kentucky Department of Agriculture grant for a building at the market.

“We’re bringing the money. We just need your buy in as the county’s support of that,” said HIP member Elizabeth Riley. Kentucky Agriculture Commissioner Ryan Quarles had pledged his department’s support for the farmer’s market project at this year’s Mayfield/Graves County Chamber of Commerce Farm to Table Dinner. The Hometown Improvement Project has applied for the grant.

With the land for the proposed farmer’s market being leased by HIP from the City of Mayfield, County Attorney John Cunningham stated cities and counties cannot share monies unless there are certain conditions such as a park project. Commissioner Hayden, who chairs the parks and recreation committee, offered to use the committee as the “pass through.”

“That would work,” Cunningham said.

“We feel this could be our new hub,” Hansen said. “Is it just a farmer’s market or could it be more? Working alongside the ballpark, we see this as a perfect fit.”

“We’re the agriculture capital of Kentucky,” Riley added. “For us not to have a farmer’s market pavilion to showcase that seems to be a shame. We think this could be a legacy for our kids and grandkids to enjoy for years to come.”

Also at the Farm to Table Dinner, Pilgrim’s plant officials presented HIP members with $309,000 through its Hometown Strong initiative for the farmer’s market.

Commissioners and HIP members planned to meet again to gather additional information on the pass through details and project costs.

Commissioners also heard from Jailer George Workman on a laundry machine that had a blown motor. Workman said a new washer would run approximately $19,000 but would look at leasing options and report back to the judge and commissioners.

The court also agreed to cancel its scheduled Dec. 27 regular meeting. The court will have its next meeting on Nov. 22 via Zoom then meet on Dec. 13 in the circuit courtroom in the Graves County Courthouse.