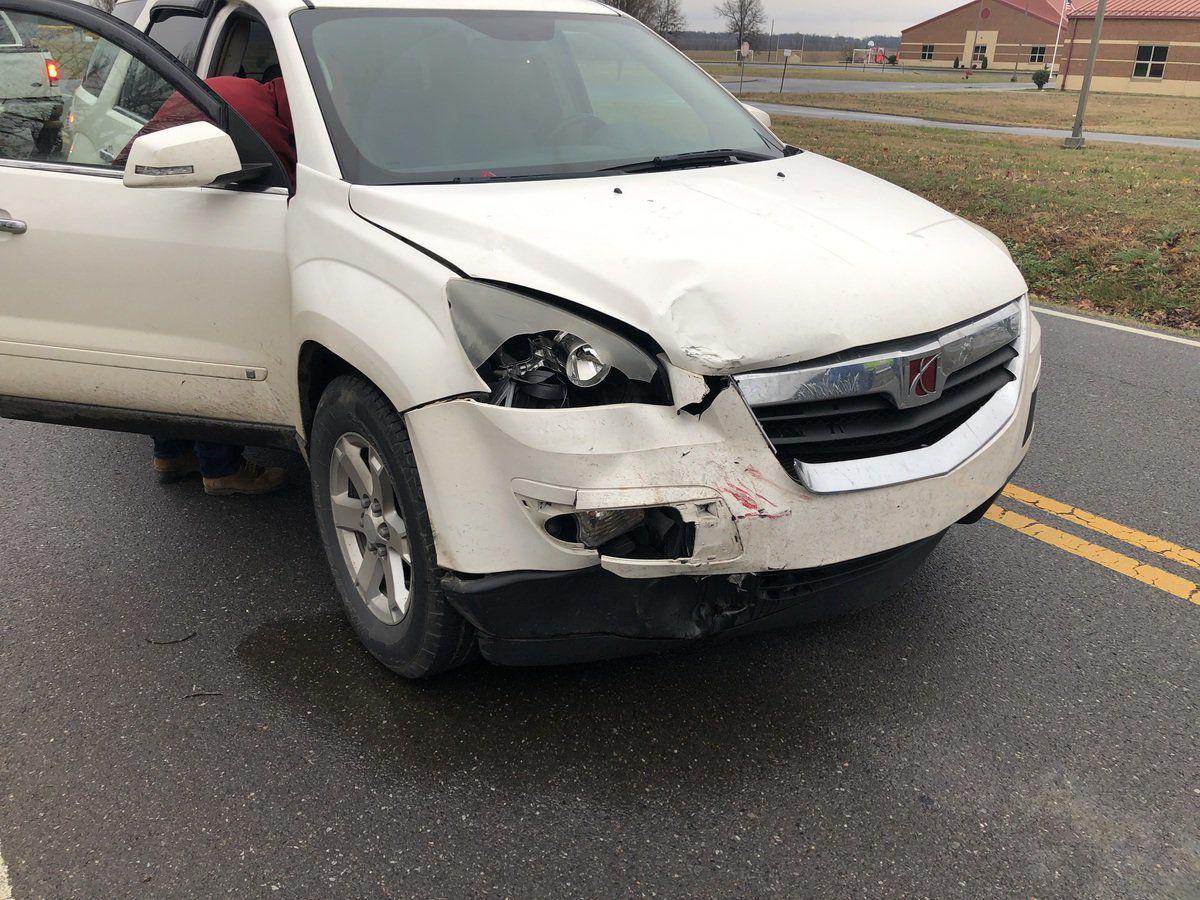 Pictured are two vehicles involved in an injury wreck near Sedalia Elementary School on Thursday. 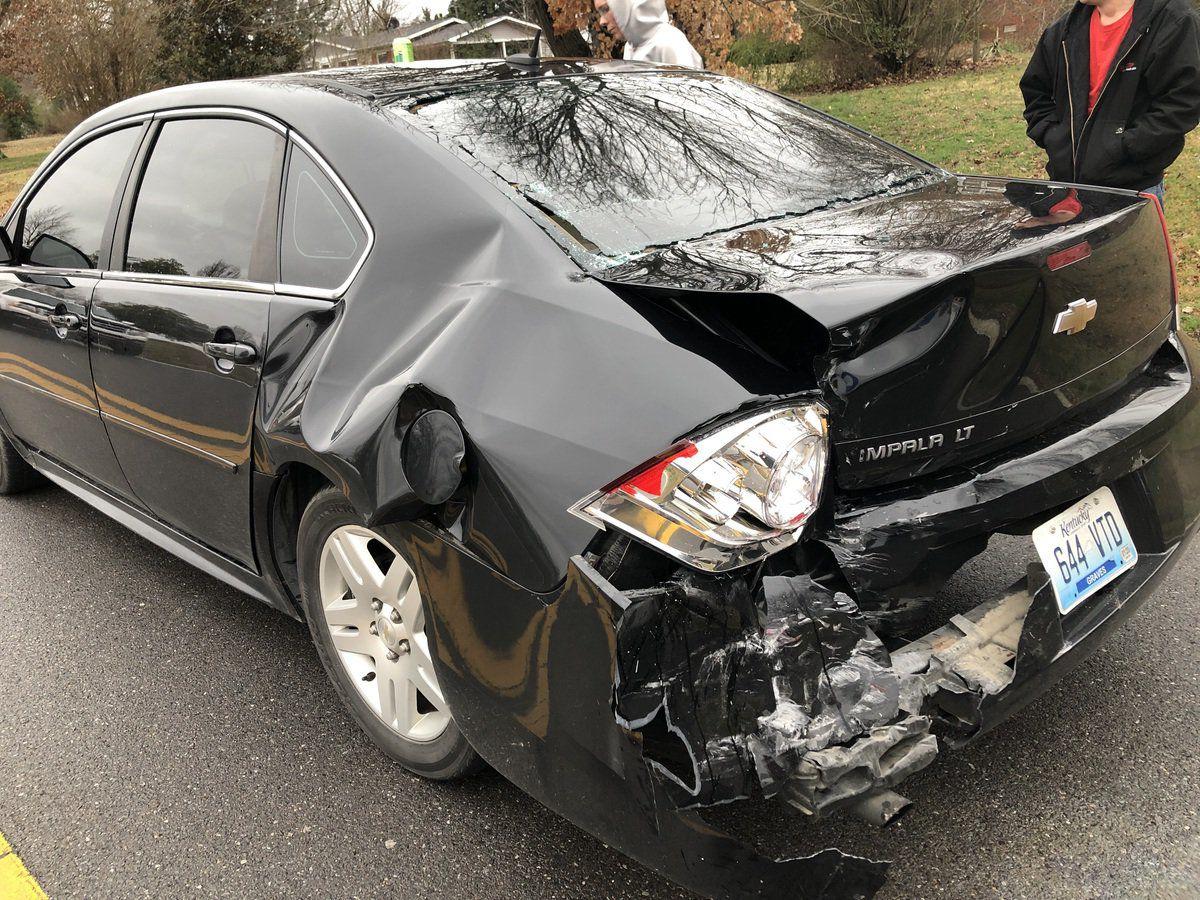 Pictured are two vehicles involved in an injury wreck near Sedalia Elementary School on Thursday.

Two vehicles collided in Sedalia an Thursday at approximately 4 p.m. The Graves County Sheriff's Office responded to the scene, which occurred on Ky 97 near the Sedalia Elementary School. The investigation determined that Rachel L. Hughes, 37, operating a 2014 Chevrolet passenger car, and Michael D. Jones, 53 of Lynnville, operating 2008 Saturn SUV, had been involved in an injury collision.

Hughes was southbound at the northern limits of Sedalia with Jones behind her. She stopped for traffic to clear so that she could turn into the Sedalia elementary School parking lot. Jones did not see her signal her turn or come to a stop. He collided with the rear of her vehicle pushing it several feet south from the point of impact.

Jones was uninjured. Hughes was taken to Jackson Medical Purchase Medical Center for minor injuries. Her passenger, 30-year-old Kathryn E. Wilson of Mayfield, was not injured.

The scene was cleared within 30 minutes.