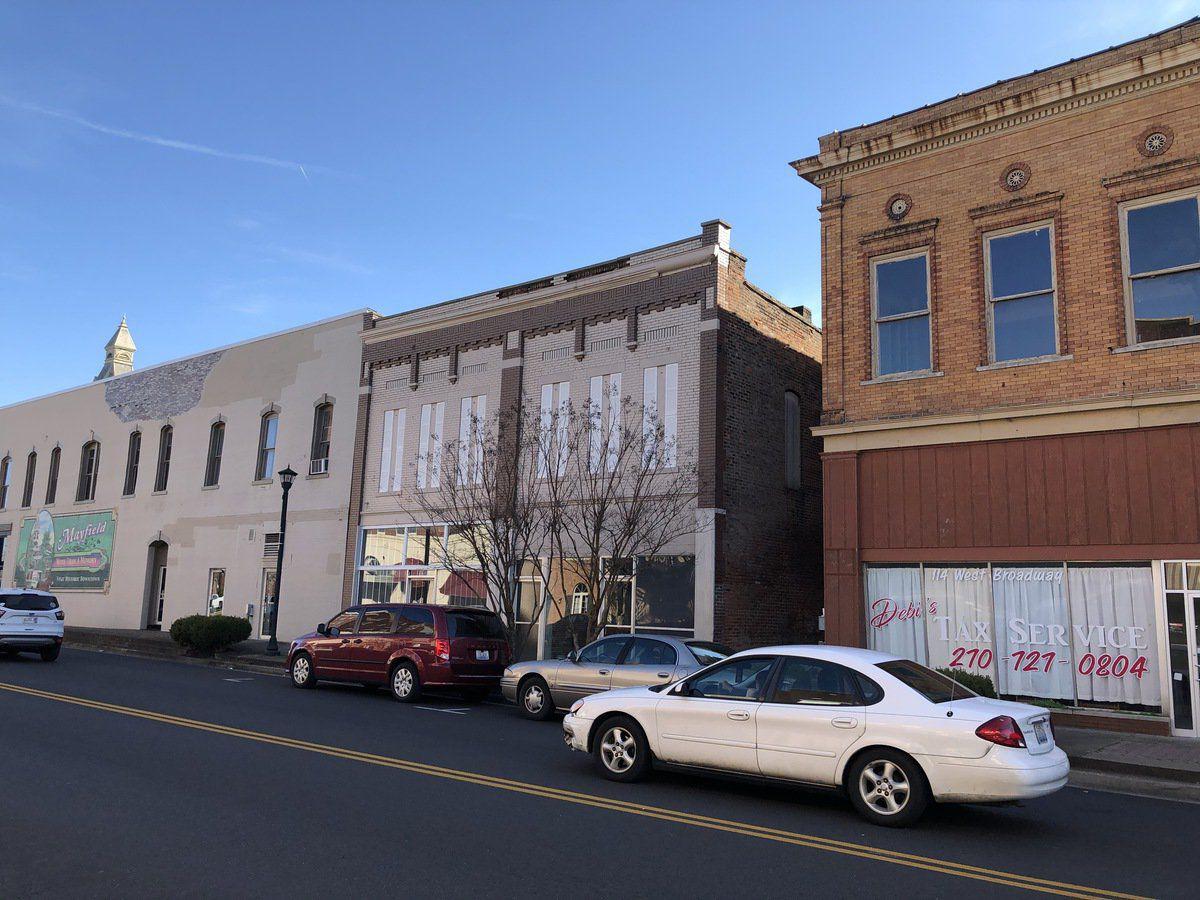 The front of 112 W. Broadway belies the extensive damage in the rear of the building. Across a narrow alley is a building housing Debi's Tax Service and Mayberry Antiques. 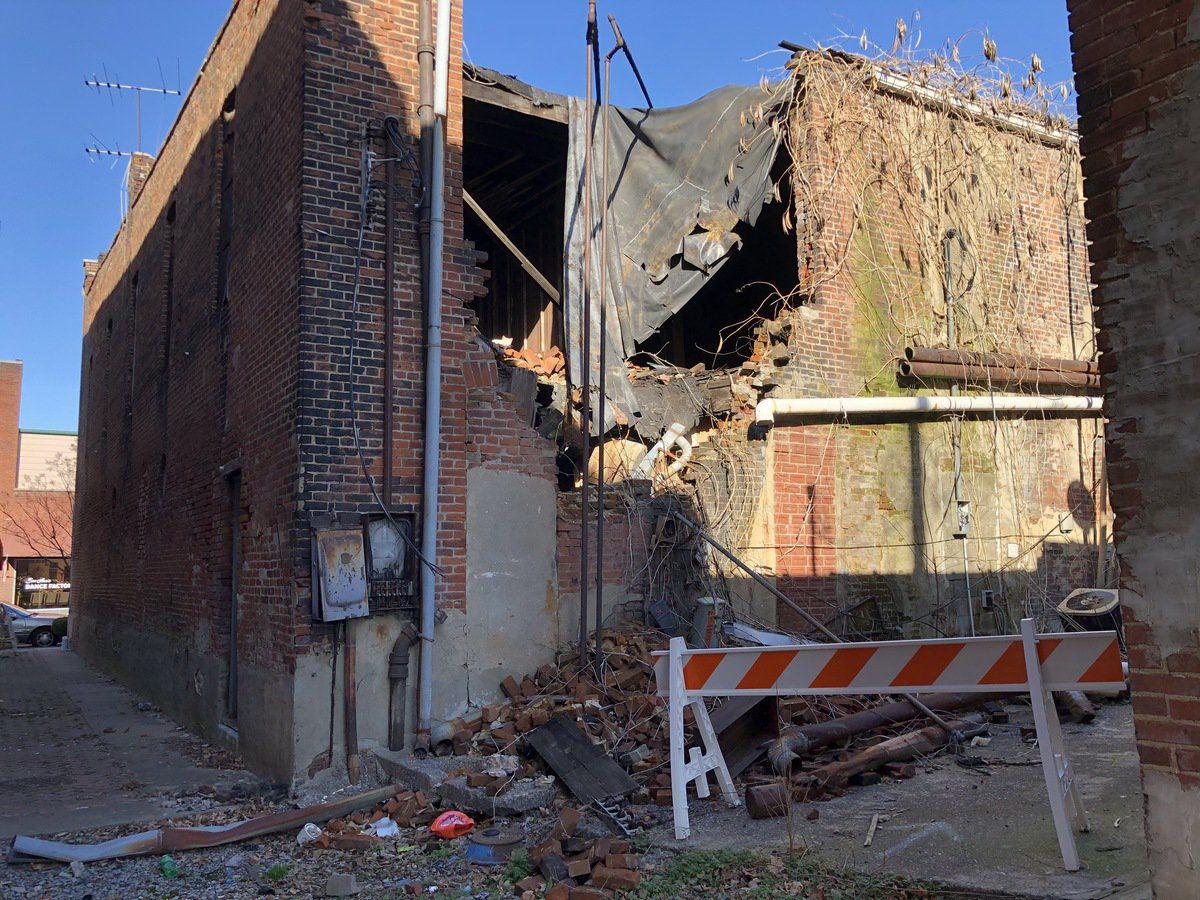 A huge gaping hole remains along the back alley of the 112 W. Broadway structure downtown. The hole was made by a line of severe tornado-producing storms that traversed the area in March 2019.

The front of 112 W. Broadway belies the extensive damage in the rear of the building. Across a narrow alley is a building housing Debi's Tax Service and Mayberry Antiques.

A huge gaping hole remains along the back alley of the 112 W. Broadway structure downtown. The hole was made by a line of severe tornado-producing storms that traversed the area in March 2019.

Downtown businesses on Broadway and Seventh Street have expressed concern over the possible demolition of the damaged structure at 112 W. Broadway, but that will be on hold as city officials discuss responsibility, liability and cost.

Debi Alexander, owner of Debi's Tax Service located in the same building as Mayberry Antiques on West Broadway, feels the structure needs to go for safety reasons, but is also worried due to the looming tax season.

She did express hope, however, that the spot could eventually be turned into a parking lot because of a significant lack of parking spaces for both customers and workers on her street.

Janna Duffy, the owner of Anaj on Seventh Street, expressed similar sentiments regarding the demolition.

"I think it's something that should have been taken care of a year ago back in March," she said. "And we're all suffering the consequences from it."

Code Enforcement for the City of Mayfield has stated both streets will be closed when the time comes.

Richard Berry, owner of Mayberry Antiques and the building housing it and Alexander's Tax Service, said he wasn't too worried.

"Whatever has to be done has got to be done," he said. "They should do what's best for the city, but I don't want it falling on me."

The damaged structure is separated from the building Berry owns by a narrow alleyway. Following a line of severe storms last March, part of the roof and back wall collapsed, leaving a huge gaping hole, and a pile of rubble in the alley behind it.

"It's an eyesore behind there," Duffy said. "I think it's a good thing in the long run, I just wish that they'd done it sooner."

The demolition bid made by the engineering company, Gardner Engineering Consulting, PLLC, of Daviess County, was $239,860. Mayfield Fire Chief Jeremy Creason said at Thursday's City of Mayfield Finance and Administration Committee meeting that he was pleased with the bid and thought it would be "... two to three times higher."

However, the decision whether to demolish has been delayed pending more information regarding who would be responsible for demolishing it in the first place, along with who would be liable in the event of an accident during takedown. Creason said the city council will be meeting with the city attorney to ascertain what the best course of action would be for the city.

"We know the buildings, they've been condemned. It's just a matter of who's gonna have to pay that invoice," he said.

Mayor Kathy O'Nan said they plan to discuss what steps the city can take to keep citizens safe, and what their options are in regards to having the owner, Peter Barnett, pay for the demolition "... before forking over taxpayers money."

"We don't want to shirk our responsibility in the safety part of it," O'Nan said.

One of the suggestions made by the committee was to place more cautionary signs around the building until the city council has met with the city attorney.