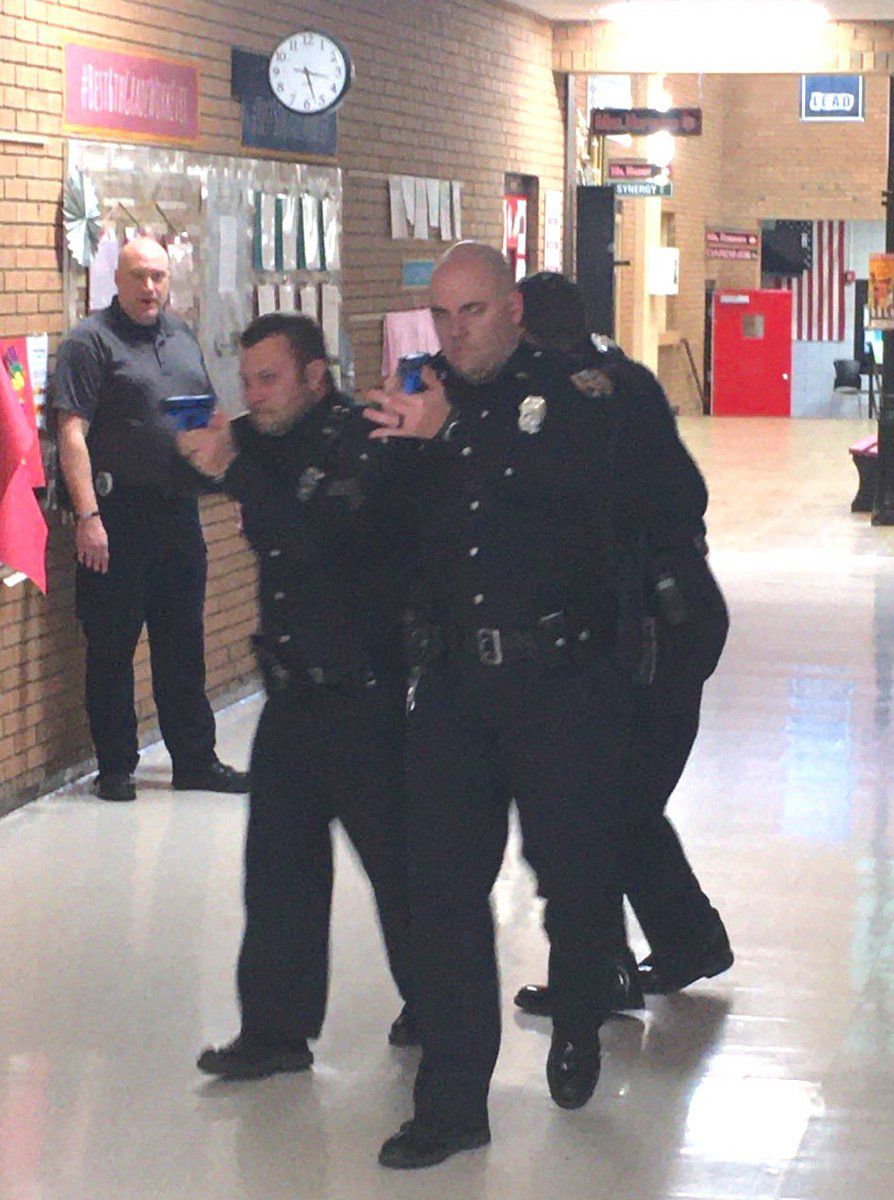 Mayfield Police officers move together through a Mayfield Middle School hallway during active shooter training. The training took place on Presidents Day when no faculty or students were on site. 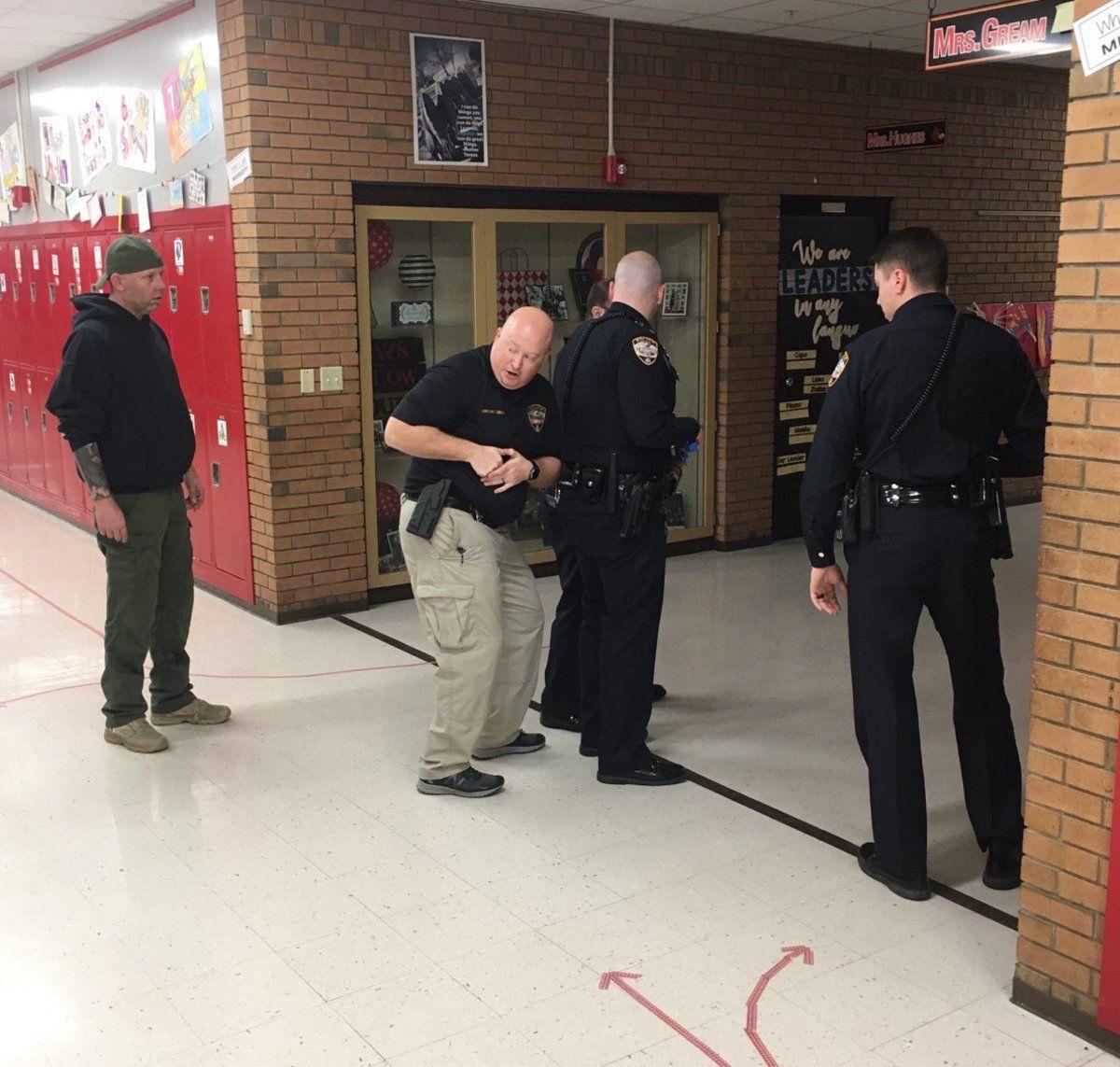 Sgt. Brandon Collins (turned toward camera) does a demonstration behind a uniformed officer during an active shooter training at Mayfield Middle School on Monday.

Mayfield Police officers move together through a Mayfield Middle School hallway during active shooter training. The training took place on Presidents Day when no faculty or students were on site.

Sgt. Brandon Collins (turned toward camera) does a demonstration behind a uniformed officer during an active shooter training at Mayfield Middle School on Monday.

The Mayfield Police Department conducted active shooter training at Mayfield Middle School on Monday. The training was held on Presidents' Day when school wasn't in session; there were no faculty or students involved with the training.

Sgt. Brandon Collins who was in charge of the training said it was carried out using ultimate training munitions (UTM), which are essentially paint bullets. It's part of what Collins referred to as "force on force" training.

Mayfield Police Chief Nathan Kent said a gun that fires blanks was used to help mimic the environment of being in an actual active shooter scenario as close as possible.

"What's unique about this type of training is we use stress induction," Kent said.

The training not only helps prepare officers for an active shooter situation but also helps them build a level of trust and reliance on each other, Collins said. It also helps develop what Kent called "coordinated movements."

Collins said they conducted a variety of different scenarios on how to search for people and enter a room. Det. Nathan Young played the "villain" throughout the training and the trainees were never aware of his location in any scenario.

While officers go through similar training throughout their time at the police academy, Collins said it's important for officers to stay sharp on their techniques.

"It's a skill we can forget if we don't practice," he said.

Collins has been certified to officiate active shooter training since 2015, but has only been with the MPD for approximately a year. Kent said having him in these training scenarios is a boon, as otherwise officers would have to send away for similar training. That would mean officers would not be on their regular duties, and they wouldn't be training with a partner who they'd be with in an actual active shooter event.

While they've made no official plans for their next active shooter training, Kent said the intention is to work their way around the seven campuses within the city of Mayfield to familiarize the force with the different layouts and environments. For the foreseeable future, any training conducted will only be for law enforcement.

Collins hopes that one day they can incorporate faculty after learning the different campuses' layouts.

"You got to crawl before you can walk," he said.

Active shooter training may also be held at businesses.

Collins said that in the event that a citizen finds this or her self in the midst of an active shooter crisis, the first course of action is to run and attempt to escape. If escape isn't an option, the person should attempt to hide and lock and barricade themselves in a room.

Fighting is a last resort. "We don't want anybody trying to be a hero if they don't have to be," he said. "Don't do anything foolish."

Kent said when officers arrive, they'll be amped up, as well, heading into a dangerous situation. he said citizens should abide by the commands given by officers on the scene, and remain as calm as possible. In some situations, officers may detain citizens until they can ascertain what's happening.