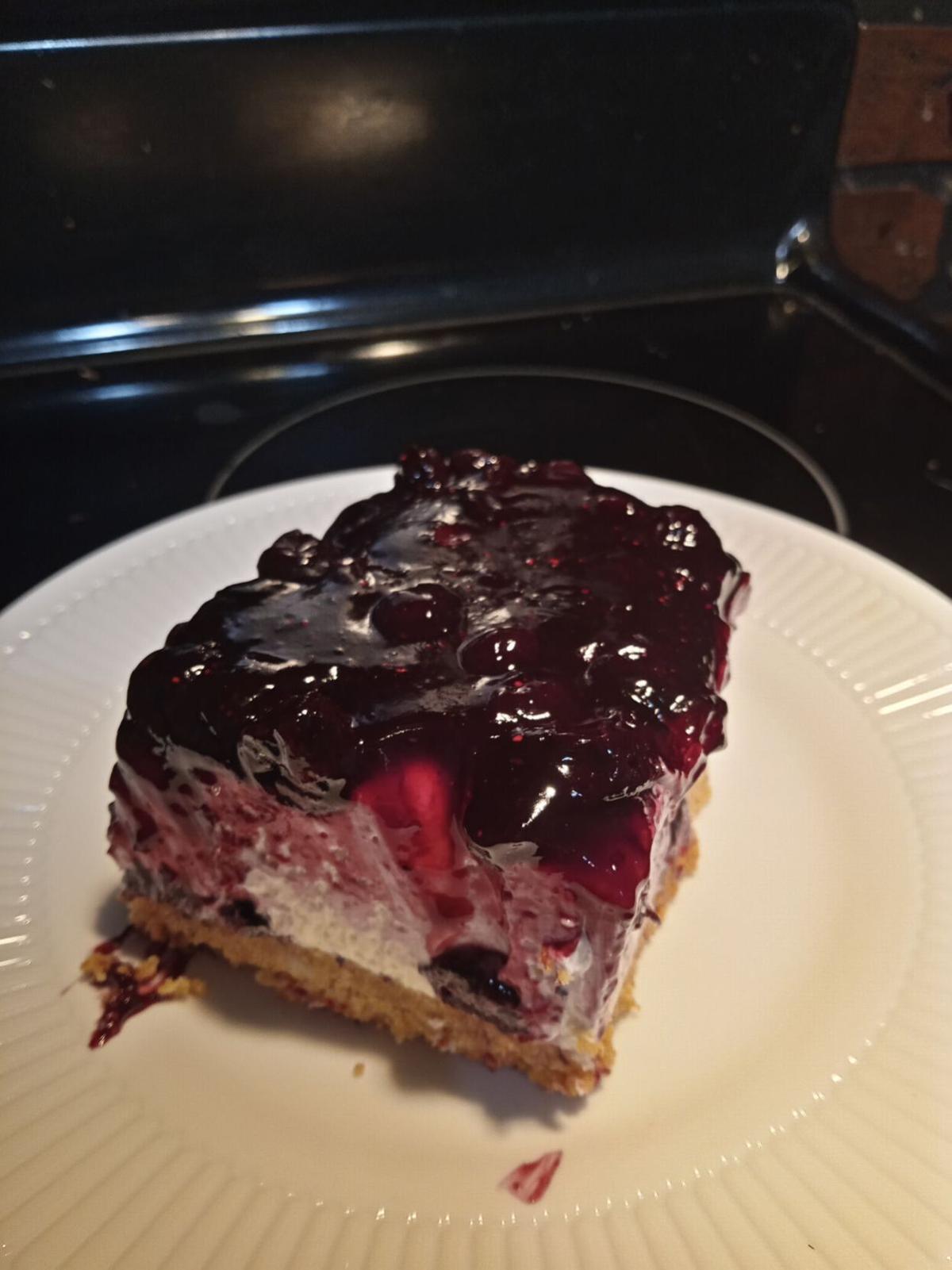 This no-bake blueberry cheesecake bar makes for a decadent sweet treat or a romantic dessert for Valentine’s Day. 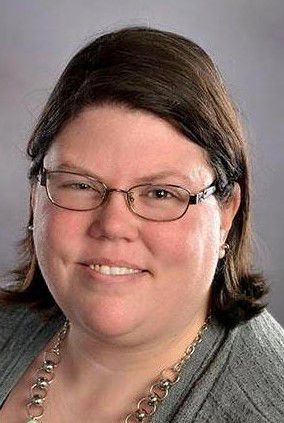 A few years ago I read a book called “The Five Love Languages.” Having learned about gift-giving, quality time, acts of service, words of affirmation and physical touch, I believe the experts have missed an important sixth love language: stuffing your loved ones with food you made for them.

This act of love runs strong in my family. I don’t believe I ever left visiting my Mimi, my paternal grandmother, without her offering to “heat me up a little something.” Cooking as a love language must have worked well for her as she and Papaw were married almost 65 years. It’s worked out pretty well for me, too, as after 16 years of marriage Paul says he still looks forward to coming home to dinner.

Over time, I have learned most of my family’s favorite foods. With Paul, it’s dark chocolate. Our son, Drew, likes any kind of noodles. My Dad loves all things lemon flavored. But when my sister Kari brought Harley into the family a few years ago, it took a little coaxing before I found out cheesecake is his weakness. Then it took until this month for me to figure out how to make a version that met my requirements of quick, easy, cheap and good. After all, I’m not about to break out a spring-form pan and water bath and spend hours baking. Food may be my love language, but I’m still way too busy to do all that.

Thankfully, my no-bake blueberry cheesecake bars have all the flavor without all the effort. The hardest part is waiting for the layers to chill instead of digging in before they are ready.

Begin by preparing a square, 8-inch-by-8-inch pan by lining it with either waxed paper or parchment paper, leaving enough to drape over the pan’s edges so you can lift the bars out by the paper later.

For the cheesecake layer, you need two packages of cream cheese that are well softened. Sometimes I use my microwave to speed this process along. For this recipe, they need to be super soft or you will have lumps. Mix your softened cream cheese with 1 cup of powdered sugar and an 8-ounce tub of whipped topping. I don’t recommend the reduced fat or low-sugar versions of whipped topping for this recipe because you can tell in the final product. Spread the cheesecake layer on top of the crust and chill again in the refrigerator for at least another 20 minutes.

For the blueberry topping, combine 1 cup of sugar with 3 tablespoons of cornstarch in a saucepan and make sure they are well mixed. Add 16 ounces of frozen blueberries and 1 tablespoon of lemon juice, and heat to a boil, stirring frequently. Allow the topping to cool nearly to room temperature before spooning it over the cheesecake layer.

Now for the hard part: You have to allow your cheesecake bars to chill in the refrigerator for at least four hours so that the layers have a chance to set up fully and the flavors a chance to marry. When fully chilled, lift the bars out of the pan using the waxed or parchment paper and cut them into bars. Store them in the refrigerator until time to serve.

These no-bake blueberry cheesecake bars look decadent and taste like they took all day. You don’t have to tell your family or guests that you never even cranked up the oven.

Harley has been incredibly busy lately, working full-time, doing a major renovation on his house and adjusting to life as a new father. (His and Kari’s son, Kai, was born in October.) This month he also became Kari’s nurse as she had knee surgery. It seemed like a good time to offer him a sweet treat and a break from all the stress, so I texted him and asked him to stop by and then handed him a fork and a blueberry cheesecake bar. His smile made it worth it.

Valentine’s Day is coming up, which makes it a great time to reach out to others and tell them how much you care, whether that’s a family member or your sweetheart. Or, just make them dessert and take advantage of that sixth love language. They will get the message.

Line square 8-inch-by-8-inch baking pan with waxed paper or parchment paper, leaving enough to drape over the sides so that you can easily lift your bars out later.

Combine crust ingredients and press down in bottom of the pan using the bottom of a glass. Chill at least 20 minutes in refrigerator to allow the crust to firm up.

Mix filling ingredients together well and spread on top of the crust. Chill at least another 20 minutes in refrigerator.

For the topping, mix the sugar and cornstarch well in the bottom of a sauce pan, and then add the frozen blueberries and lemon juice. Bring to a boil, stirring often. Allow the topping to cool nearly to room temperature before spooning it over the cheesecake layer.

Chill completed blueberry cheesecake bars four hours. Then, lift the edges of the waxed or parchment paper to remove the bars from a pan and slice into squares. Store them in the refrigerator.