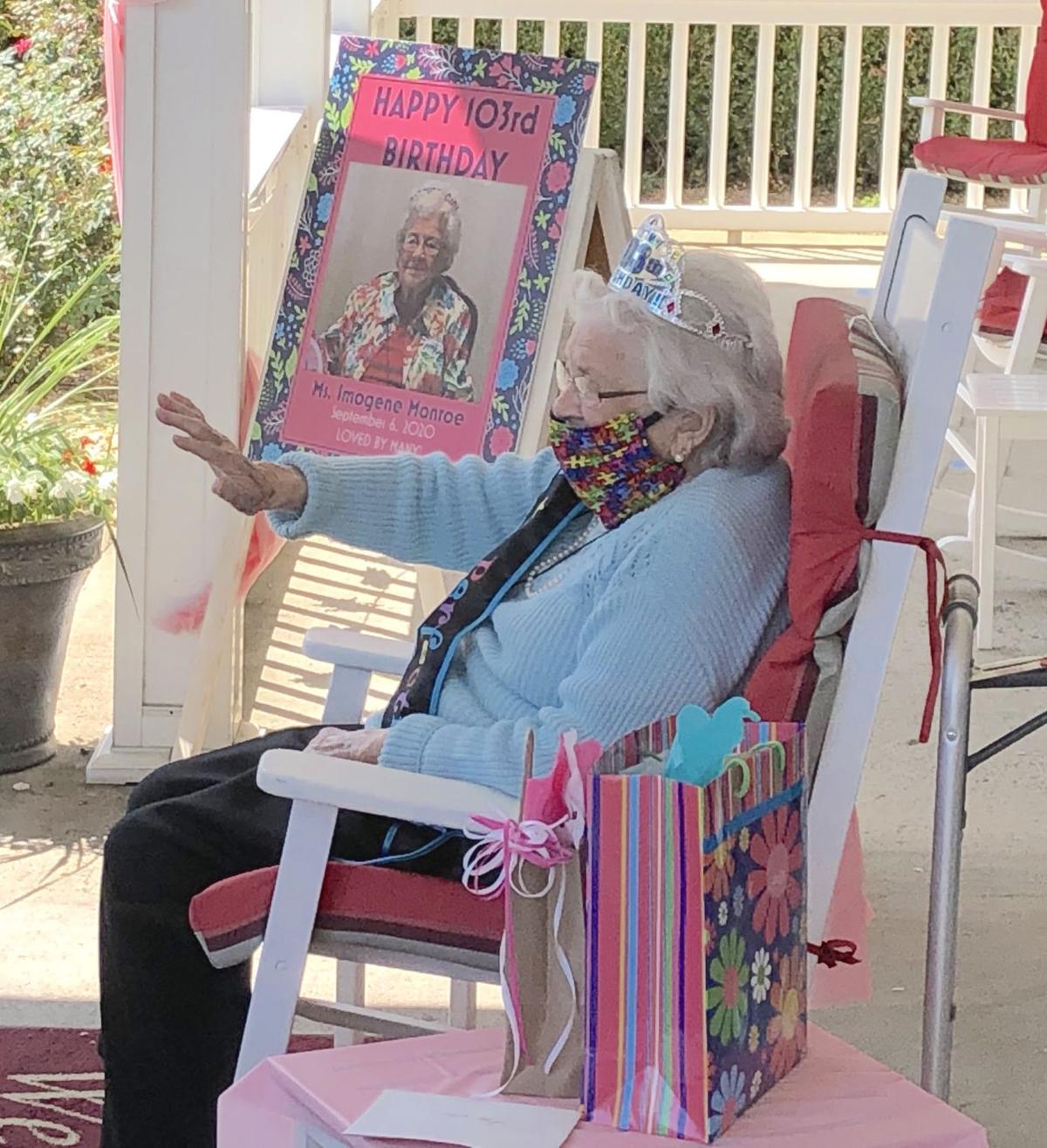 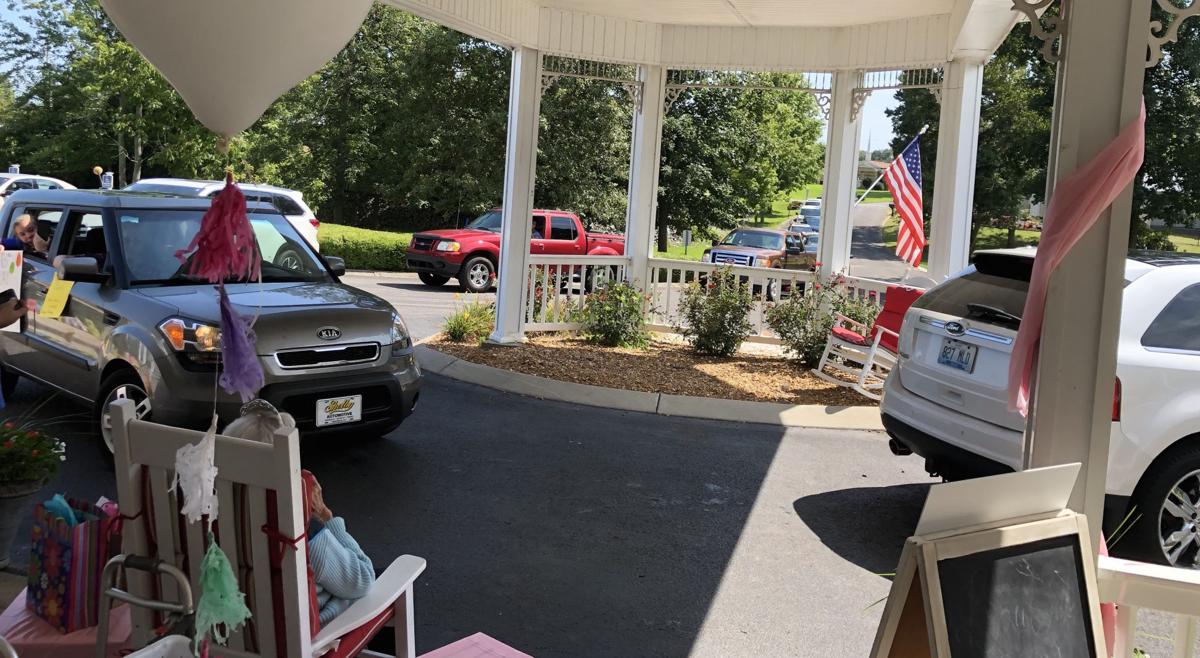 Cars were lined down the entranceway to Morningside of Mayfield and onto West Broadway Sunday as a birthday celebration parade passed by Imogene Monroe for her 103rd birthday. Monroe was a long-time educator who taught at Melber, Sedalia, Lowes and Mayfield High School.

Cars were lined down the entranceway to Morningside of Mayfield and onto West Broadway Sunday as a birthday celebration parade passed by Imogene Monroe for her 103rd birthday. Monroe was a long-time educator who taught at Melber, Sedalia, Lowes and Mayfield High School.

Imogene Monroe is an avid learner. So over the past 103 years, to say she knows a thing or two would be an understatement.

She also knows quite a few people, who took time Sunday afternoon to stream past Morningside of Mayfield to wish her a happy birthday. Positioned in a rocking chair and decked out with a sparkling tiara, Mrs. Monroe was certainly the queen for that day.

And with any monarchy, there has to be some secrets kept. Asked what advise she had to living well past the century mark, Monroe may have been playing coy.

“I can’t give you that because I do not know,” she said.

She is one of two Mayfield residents to have recently turned 103. Elouise Hicks, a resident at Mayfield Health and Rehab, celebrated her 103rd birthday on Aug. 29.

Monroe was born in Graves County and graduated from Mayfield High School in 1934. She said she distinctly remembers after seeing a class photo someone had found of that year’s graduates.

“I found myself in that picture,” she said.

Being interested in learning and reading, she attended Murray State Teachers College when her per semester cost of going to Murray State was $5 a semester. Monroe recalled the dilemma she and some of her classmates found themselves during her final semester when the cost was to increase to $15 a semester.

“Nobody hardly believes that,” she said of the low cost of college (yet likely high during those days).

“There was one boy who talked with a long drawl,” Monroe recalled, stretching out the words “long drawl” to set the scene. “There was a girl and her name was Burlene. One day he called her, ‘Buuurleene, whaaat are we goiiing to dooo. Next year, we’re goiiing to haave to pay 15 dollaaars!’

“And he was really upset.”

Monroe eventually earned her degree and finished up another teacher’s term in the Marshall County school system for her first stint in the classroom. Having married the late Jim Monroe, a farmer in Graves County, she found herself teaching in her home county’s schools at Melber, Sedalia and Lowes before finishing her career as an English and math teacher at her alma mater.

“I taught some grade schools, but I was not a grade school teacher,” she said. “I identified with the older ones much more.”

Even after retirement, Monroe kept her mind working by reading as many books as she could, working crossword puzzles and crocheting and knitting.

Her great-niece Wendy Weaver said that after Jim Monroe died, her family bought her a computer at the age of 94. She took continuing education classes to learn how to master the new technology.

Imogene Monroe has been at Morningside for the past four years. She has a pair of nieces among her remaining family, while her sister passed away at 99.

Weaver said her great-aunt still likes to learn but with failing eyesight it can be a struggle. One of her nieces, however, introduced her to audiobooks to replace the printed page.

So Mrs. Monroe still has more she can learn as she heads to birthday No. 104. But as for plans for the next year?

Eric Walker is news editor for The Mayfield Messenger and Marshall County Tribune-Courier. He may be reached at ewalker@mayfield-messenger.com.

Eric Walker is news editor for The Mayfield Messenger and Marshall County Tribune-Courier. He may be reached at ewalker@mayfield-messenger.com.