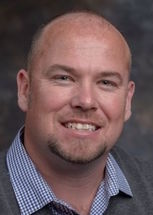 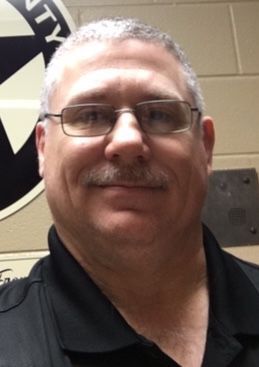 Graves County Judge-Executive Jesse Perry said the possibility of the Graves County Jail closing is “not likely at all” and that he fully intends to work with Jailer George Workman to get through reported financial struggles.

At the virtual fiscal court meeting on Sept. 18, Perry said with the jail costing the general fund $1.4 million while bringing in $966,000 that it might be better to close the jail for financial reasons. He later noted that there is a limit to their funds and that the county has to be careful or risk running out of money.

“I’m not in favor of the jail closing. I’m not in favor of any office where there would be job loss. I’m opposed to that,” Perry said Thursday. “When I tie the budget to how operations are on a daily basis, there’s only so much money that can go around. Our tax base is going to be, our budget is going to be what it is. So anything over that doesn’t fit into the equation.”

Contacted Wednesday, Workman told The Mayfield Messenger that part of the issue is the jail building, built 30 years ago, is deteriorating and in constant need of repairs due to its age. Particularly costly issues like plumbing and air-conditioning are common occurrences, he said.

He also said Graves County sees a lot more arrests compared to its smaller neighbors, so closing the jail would mean having to outsource inmates to surrounding jails. According to Workman, it costs approximately $30 a day per inmate and those jails could decide to raise their rates if Graves’ jail closed. Additionally, Graves would still be responsible for outsourced inmates’ medical costs.

He added that there would be transportation costs to consider, as well.

“The long and short of it is that if we go to housing them outside, outsourcing, we’re going to lose money,” Workman said.

He added that Graves’ jail is already overcrowded with inmates and surrounding county jails are in a similar shape. This could put judges presiding over court cases in difficult positions when considering what to do with criminal defendants. Workman said they might have to rely more on ankle monitor programs, bonds, or possibly even releasing them on their own recognizance.

Since Perry’s comments on Sept. 18, Workman had made several posts to his personal Facebook page against closing the jail. In them, he discussed the consequences that would come from that action, like losing inmate labor. An online petition through change.org to save the jail was also created by Angel Sanderson.

Perry said that this is not a “Jesse versus George” scenario, and that they both want the same thing. He acknowledged that times are tough, but that everyone needs to work together in stretching the dollars out as much as possible.

“George and I are on the same team,” Perry said. “We work for Graves County and we are going to work through this issue.”

Perry said he is for a “hybrid plan,” such as potentially bringing in state inmates to help save the county money, but until such measures are in place, departments need to adhere to the budget every year.