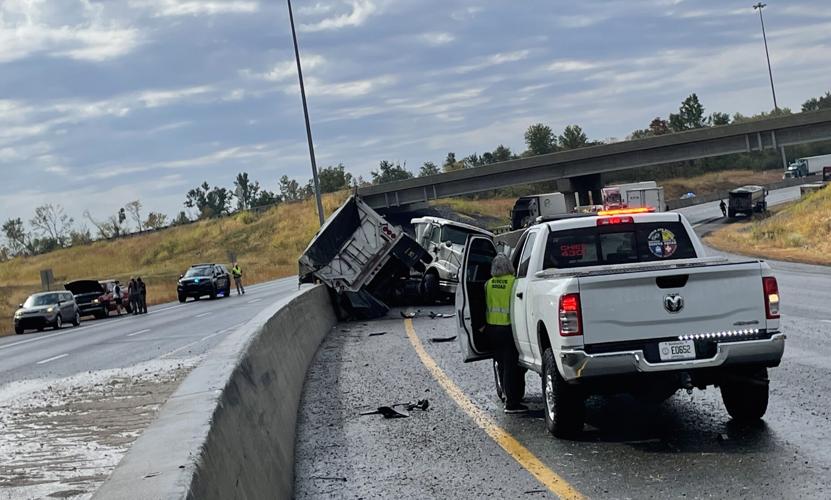 A semi crashed in the concrete barrier on I-69 on Wednesday. 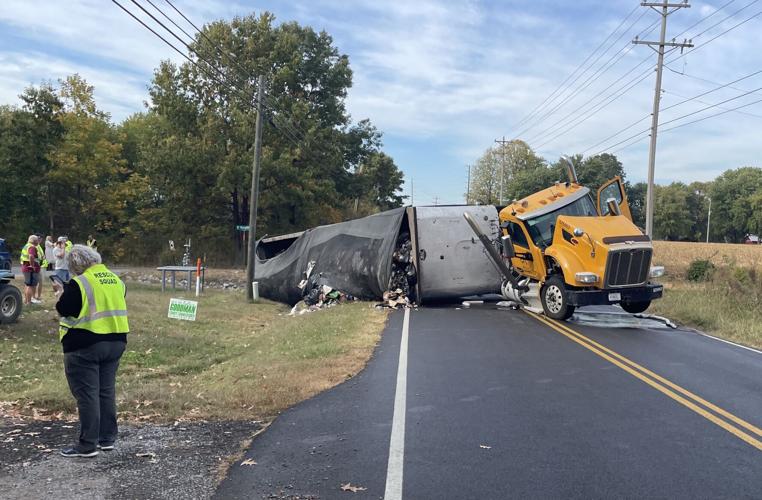 Trying to make a right turn, a semi trailer dropped in a ditch.

A semi crashed in the concrete barrier on I-69 on Wednesday.

Trying to make a right turn, a semi trailer dropped in a ditch.

One semi-truck and trailer wreck on Wednesday on I-69 was followed by another that afternoon in Hickory.

At approximately noon, deputies from the Graves County Sheriff’s Office responded to the 21-mile marker of I-69 for an accident involving a tractor trailer. 56-year-old, James Gammon, of Tennessee, was traveling south on I-69 and lost control of his semi due to the slippery surface. His semi dropped off the roadway and he was not able to gain control.

The semi crossed lanes and struck the concrete barrier wall separating the south and north bound lanes. The interstate was closed for approximately five hours to remove the semi and clean up the roadway.

Dowdy was unable to make the right-hand turn and the right rear wheels of the semi-trailer dropped off into a deep ditch at the intersection. This caused the semi-truck and trailer that he was driving to turn over partially onto its right side. Dowdy was transporting refuse and part of the load spilled into a yard. Dowdy was not injured in the incident and no other vehicles were involved.