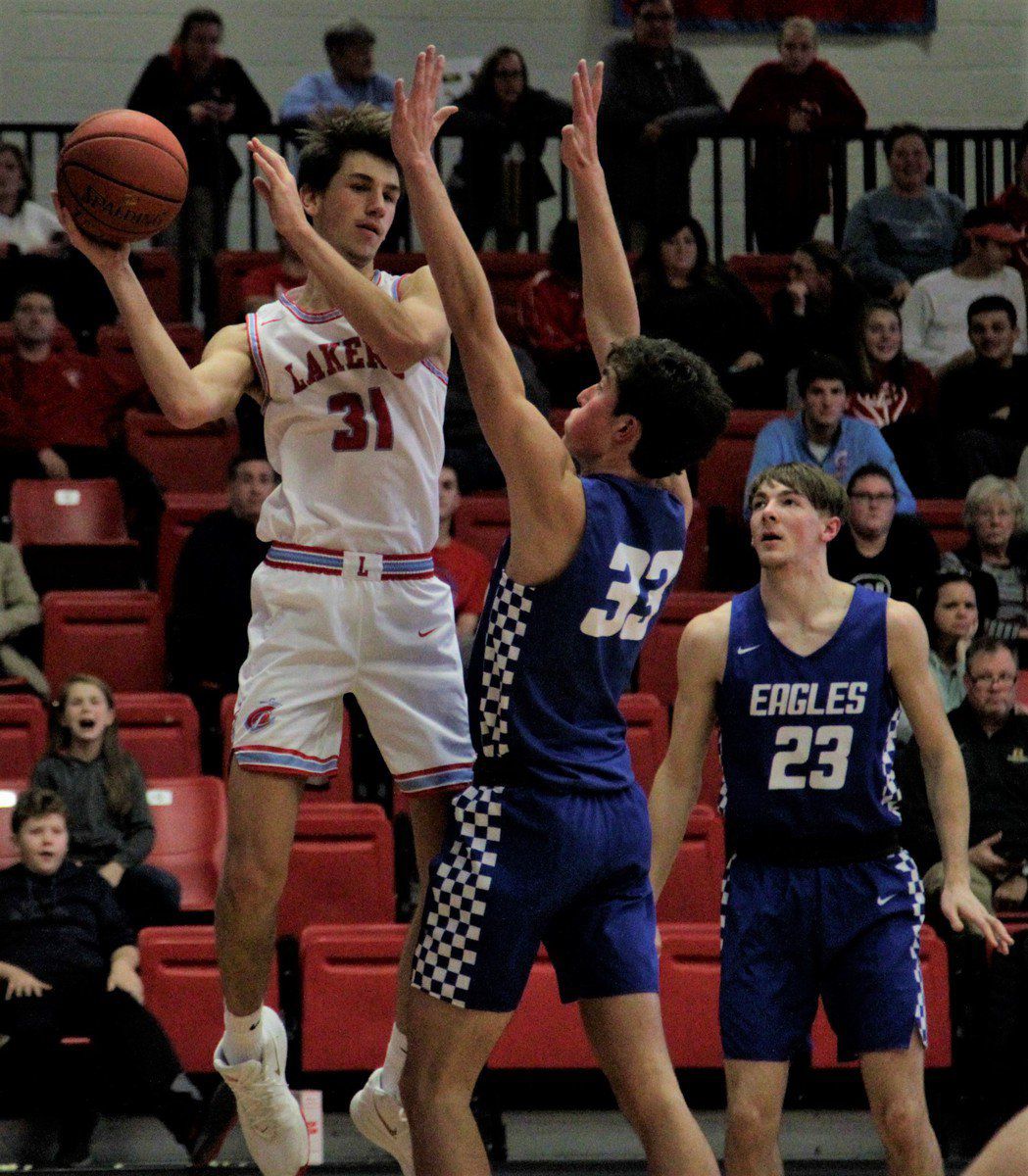 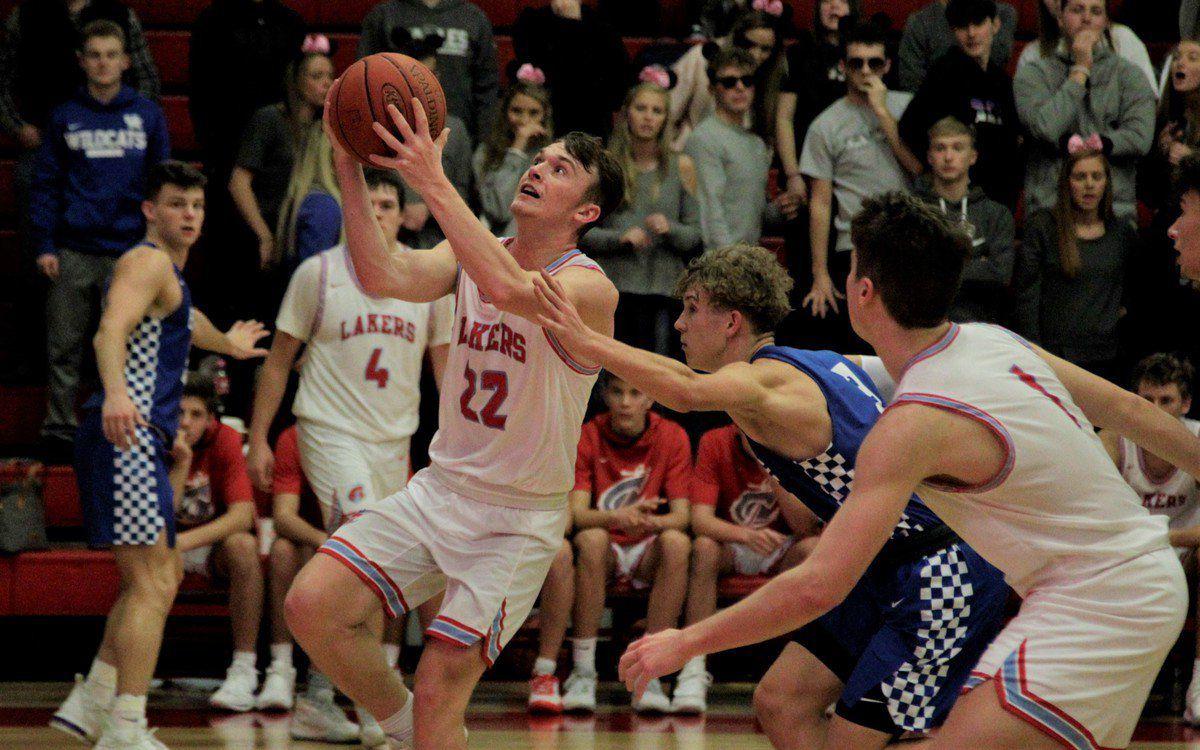 MURRAY — Calloway County put together a strong fourth-quarter finish on Tuesday, staving off an improving Graves County squad 60-50 at Jeffrey Gymnasium in Murray.

The Lakers led just 50-48 late in the final frame after Eagles senior guard Seth Thomas (19 points) hit a contested layup — but closed the game on a 10-2 run behind a 6-for-10 effort at the stripe, staunch post defense from Calloway senior big man Chandler Steele (11 points, 10 rebounds, 6 blocks) and a clinching basket from Evan Garrison in those final seconds.

“Chandler's just long, athletic,” noted CCHS skipper Brad Cleaver. “He's a smart basketball player, and when his effort is high like it was in the fourth quarter, he can be a factor in a game. Very proud of his performance tonight.

“And as a whole, our guys' intensity ... the game was on the line here. And guys really stepped it up a little bit more.”

Calloway built an early 17-12 lead in the first quarter thanks to a 3-point barrage — Steele, two from Kade Mize (17 points) and Cade Butler (13 points) — and a steal-and-score from Jarrett Darnell, but two free throws from Thomas and a triple from Race Richards (15 points) tied it at 17 after eight minutes.

In fact, Thomas and Richards combined for all of Graves County's points in the first frame.

The Eagles would take their biggest lead at 35-29 early in the third quarter, courtesy of Richards' 13th point, but back-to-back triples from Mize at the end of the frame capped a 12-6 stretch for a tenuous 42-41 advantage.

“I want them to play free and take good shots,” Cleaver added. “When our guys take a shot, it's a team shot. So we want to make sure it's the best shot for our team. But I definitely have guys who can shoot it, and we've spent a lot of time in the gym. I want them to shoot it freely when they're open, and when it's a good shot.”

A slow start did little to hamper Calloway County, which got 27 points and 10 rebounds from Murray State signee and senior forward Charlee Settle, in a 50-43 home victory against Graves County.

The Lady Eagles held a 21-10 lead midway through the second quarter, too, when Settle scraped together a personal 7-0 run to cut it to 21-17.

Addi Schumacher would hit the first of two rainbow 3-pointers for the Lady Lakers right before halftime, cutting it to 21-20.

But Settle went a perfect 14-for-14 from the charity stripe, including 6-for-6 in the final frame with two hoop-and-harms.

“I think, this year, she's made better decisions out of that pressure,” noted CCHS skipper Valerie Waller, on the contact Settle gets consistently. “Getting it to the open person and drawing fouls. She's had more and-1s this year than she did all of last season, so she's getting stronger with the basketball.”