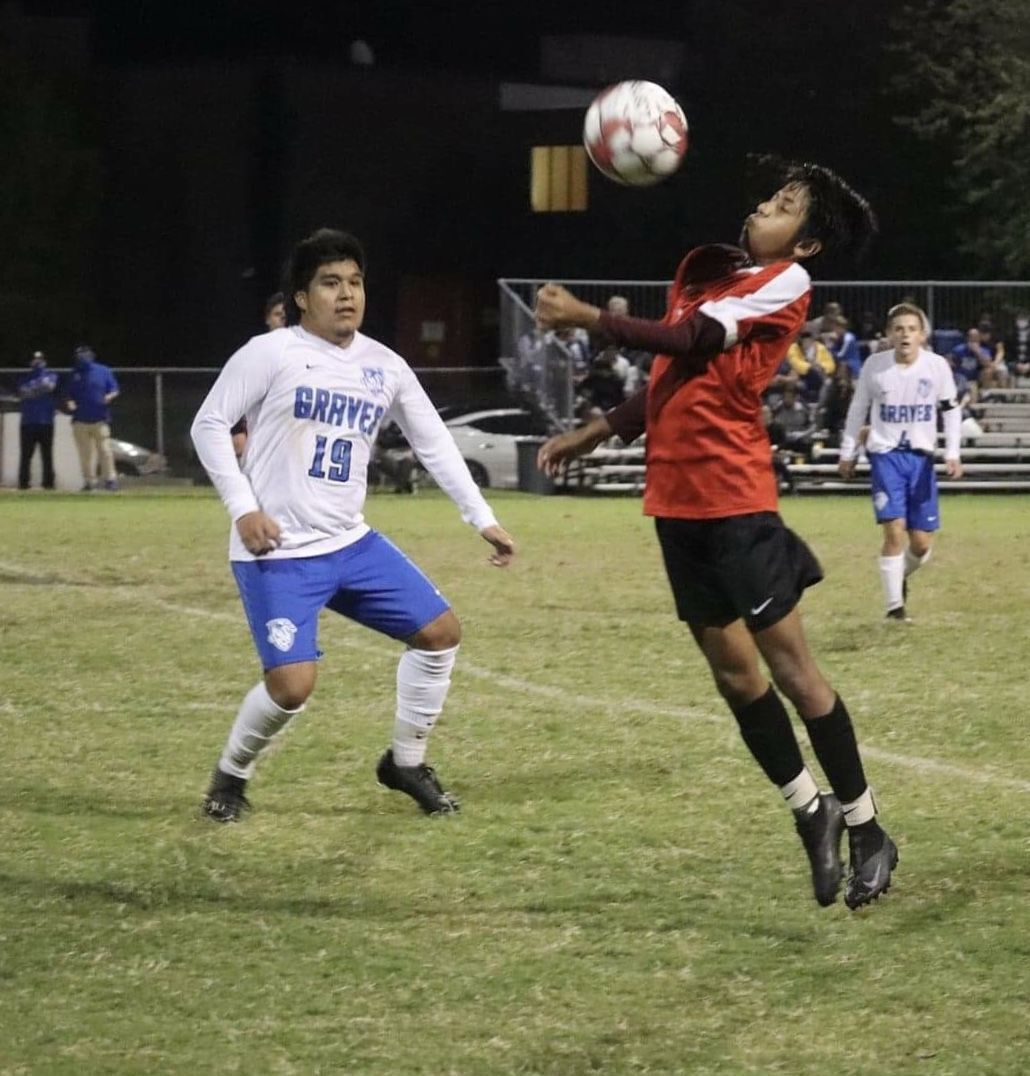 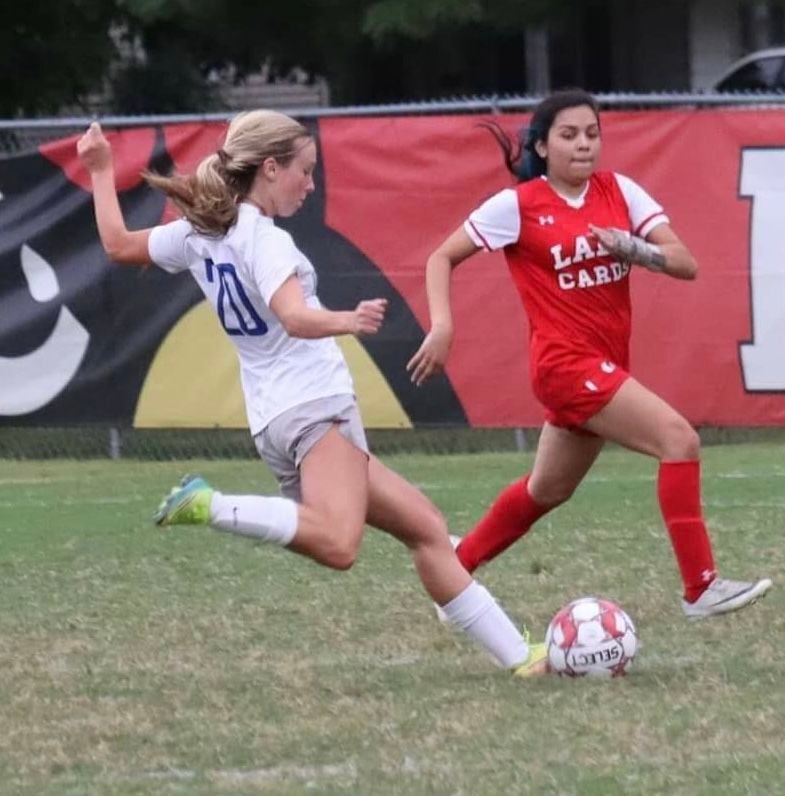 The Graves County Eagles and the Mayfield Cardinals met on Thursday night for a heated crosstown rivalry match at Bill Hale Soccer Field.

In nail biting, come from behind fashion, the Cardinals secured the 4-2 victory over the Eagles to earn sought after bragging rights until next fall.

“I saw a lot of heart,” Fabian said. “I told them ‘this is your game, if you want to win it, you have to find it within your heart.’ Hopefully with this win we’ll realize we can play with anybody.”

Tensions ran high from the start as both teams came out ready to show they were the superior team in the county.

The Eagles struck first in the ninth minute as freshman midfielder John Pardo bent a shot into the back right corner of the goal just out of the reach of Mayfield goalkeeper Diego Juarez.

Instead of sulking, Mayfield chose to respond quickly with a goal of its own less than a minute later as striker Salvador Gembe got just enough of the ball on a cross to force the game-tying goal.

Graves managed to regain its lead in the 14th minute, scoring on a deflection from a free kick thanks to freshman forward Eddie Romero’s quick play inside the box.

The next 10 minutes of action closely resembled a game of pinball as both sides went back and forth looking to find an edge.

Mayfield broke through in the final five minutes of the half, earning a penalty kick and a chance to tie things up before the break.

Jesus Carmona’s first attempt was called off due to a player entering the 18 early, giving Carmona another try.

With pressure mounting by the second, Carmona remained calm and scored again, sending the game into halftime knotted up at two apiece.

In the second frame, Mayfield wasted no time securing its first lead of the game, using a goal from sophomore striker Maynor Guerra Mejia to go up 3-2 in the 43rd minute.

The Eagles seemed to lose their edge after the Cardinals went ahead, allowing Mayfield to control possession and tempo which led to another goal, this time from striker Carlos Ortiz.

With a comfortable 4-2 lead and less than 15 minutes to play, the Cardinals glided to victory.

Following his team’s fifth loss of the season, Graves County head coach Michael Lane was beside himself.

“Once [Mayfield] got that second goal the wind went out of our sails,” Lane said. “We’ve got a lot of young players playing tonight but they’ve got to grow up and understand we have to keep some consistency. We can’t come in here and think Mayfield is going to let us win. We’ve got seven games left and we have to start clicking before districts.”

The Graves County Lady Eagles got back to their winning ways on Thursday night as they defeated the Mayfield Lady Cardinals 10-0 at Bill Hale Soccer Field.

Ellie Carter and Hadley Looper each picked up hat tricks in the win over Mayfield, with Looper’s coming over a span of five minutes at the end of the first half.

Graves came out firing and stayed hot momentarily as they got out to a 5-0 lead in the 10th minute thanks to goals by Carter, Anna Whitaker and Madeline Adams.

A scoring drought ensued for the Lady Eagles until the last 10 minutes of the half as Hadley Looper added three goals to put Graves County ahead 8-0 at the half.

The Lady Eagles added two more goals in the last 15 minutes of action in the second half to secure the 10-0 win over the Lady Cardinals.