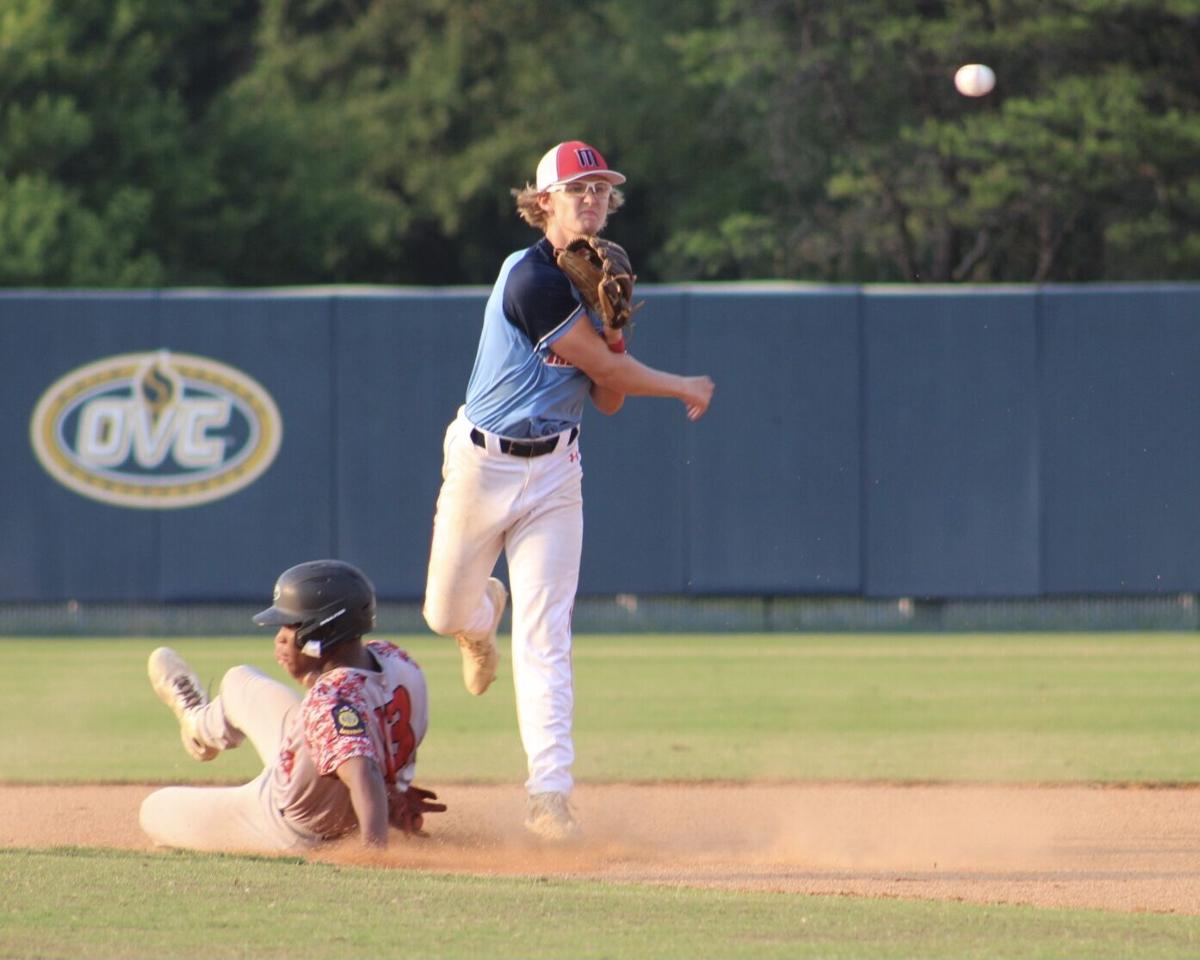 Mayfield shortstop Kyle Crady turns two to help get Post 26 out of a jam in the first inning on Saturday night. 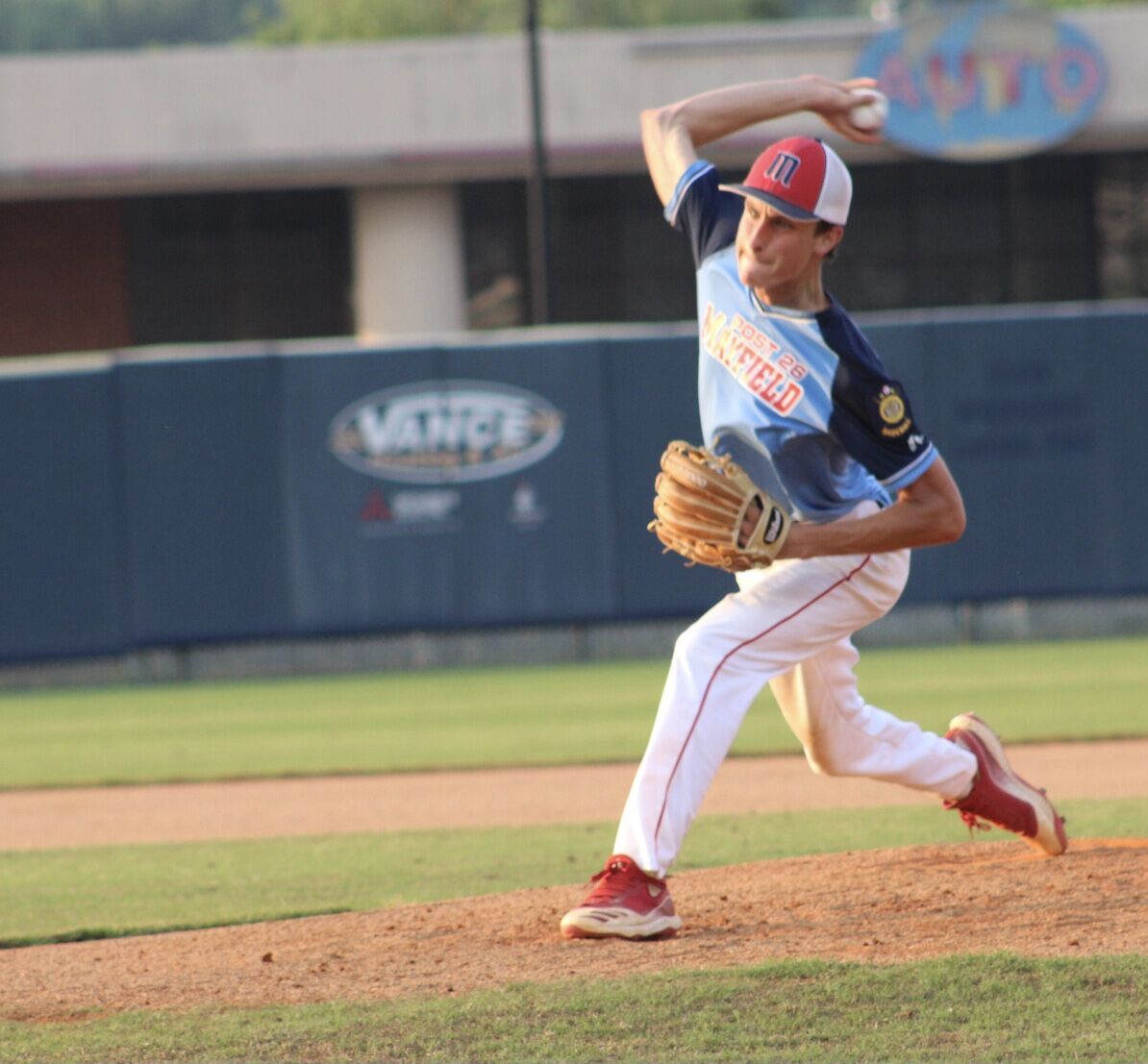 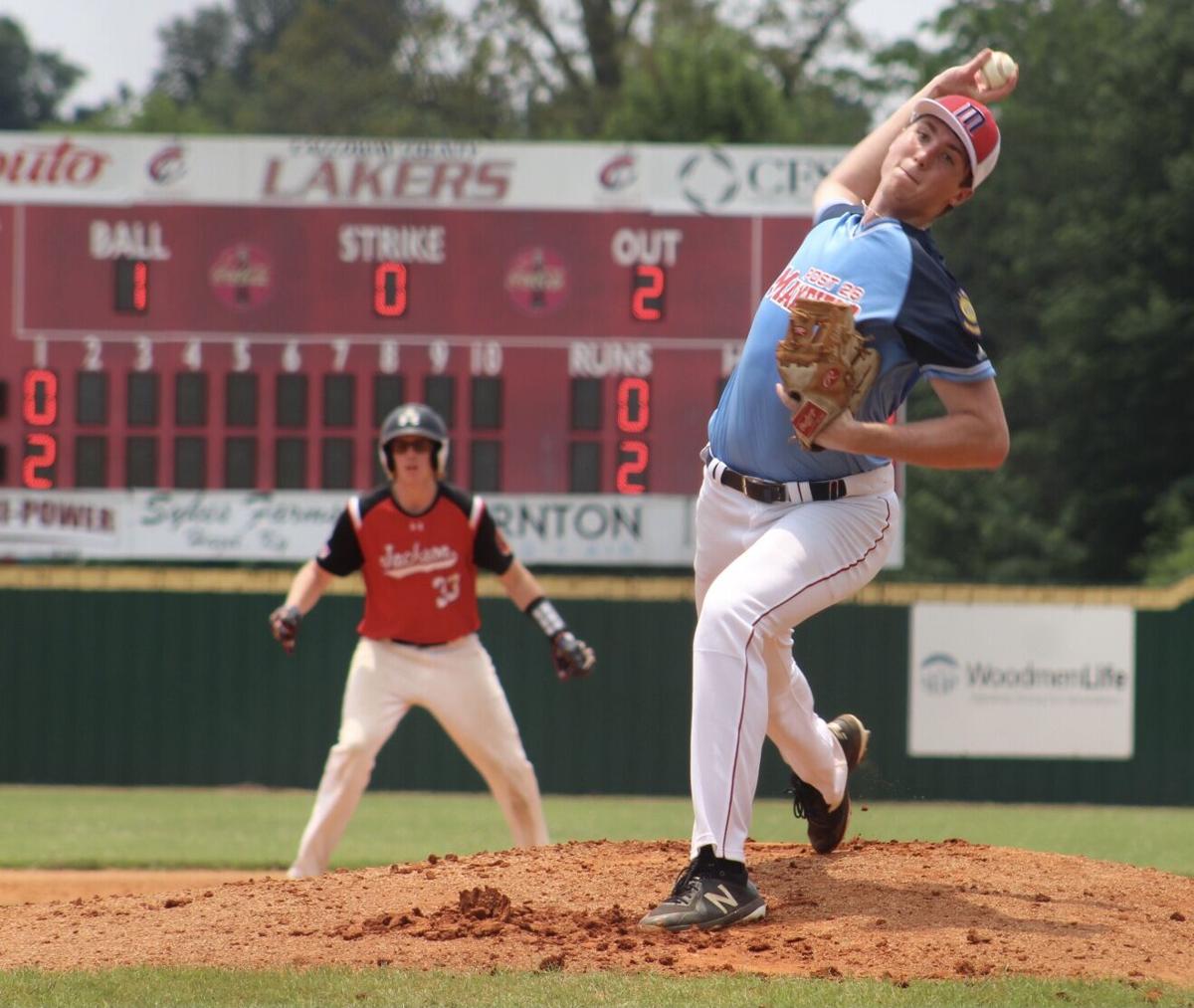 Mayfield Post 26’s Blake Elder rears back and delivers a pitch to a Jackson Post 158 batter on Saturday afternoon. Elder struck out three batters during his three inning outing against Jackson.

Mayfield shortstop Kyle Crady turns two to help get Post 26 out of a jam in the first inning on Saturday night.

Mayfield Post 26’s Blake Elder rears back and delivers a pitch to a Jackson Post 158 batter on Saturday afternoon. Elder struck out three batters during his three inning outing against Jackson.

On arguably the hottest day of the year to date, Mayfield American Legion Post 26 looked to stay hot while remaining cool as they kicked off their Annual American Pride and Freedom tournament in Murray, Kentucky.

The tournament will run all day Saturday and most of the day Sunday between two sites in Calloway County High School and Murray State University’s Johnny Reagan Field.

In game one, Mayfield trotted out hard throwing righty Blake Elder in hopes of shutting down the Jackson (MO) American Legion Post 158 offense.

Elder would last three innings on the bump, allowing four earned runs on seven hits while striking out three batters and walking one.

The Post 26 offense got their bats going in the top of the third, using a Jackson wild pitch and an RBI single from Nick Holcomb to cut their deficit to one.

Back within striking distance, the Post 26 defense and Elder failed to tame Jackson at the plate, coughing up a pair of errors and hard hit singles to give Post 158 a 6-2 lead heading into the fourth.

A RBI single from Micah Naranjo in the top of the fourth got one run back for Post 26 but the Jackson offense continued its relentless day at the plate, putting up three unanswered runs in the fourth, fifth and sixth innings to cruise to a 9-3 victory.

Looking to rebound and split Saturday’s slate, Post 26 returned to the diamond for an early evening matchup with Paragould (AR) American Legion Post 17.

Despite getting off to a rocky start with Paragould striking first in the top of the first, Post 26 managed to settle down and secure their second win of the season,

Micah Naranjo got the starting nod from Mills and company and didn’t disappoint.

Following a shaky first inning in which Paragould picked up a run on a bases loaded walk, Naranjo locked in and delivered a strong performance, allowing two earned runs on four hits while going six and ⅔ innings and picking up his first win of the summer.

Alex Boyd helped close things out in the bottom of the seventh, tossing ⅔ innings of relief.

Former Carlisle County Comets Blake Elder and Carter Gibson led the way at the plate for Mayfield as Elder went 1-for-3 with two RBIs while Gibson turned in a 2-for-4 effort with an RBI single.