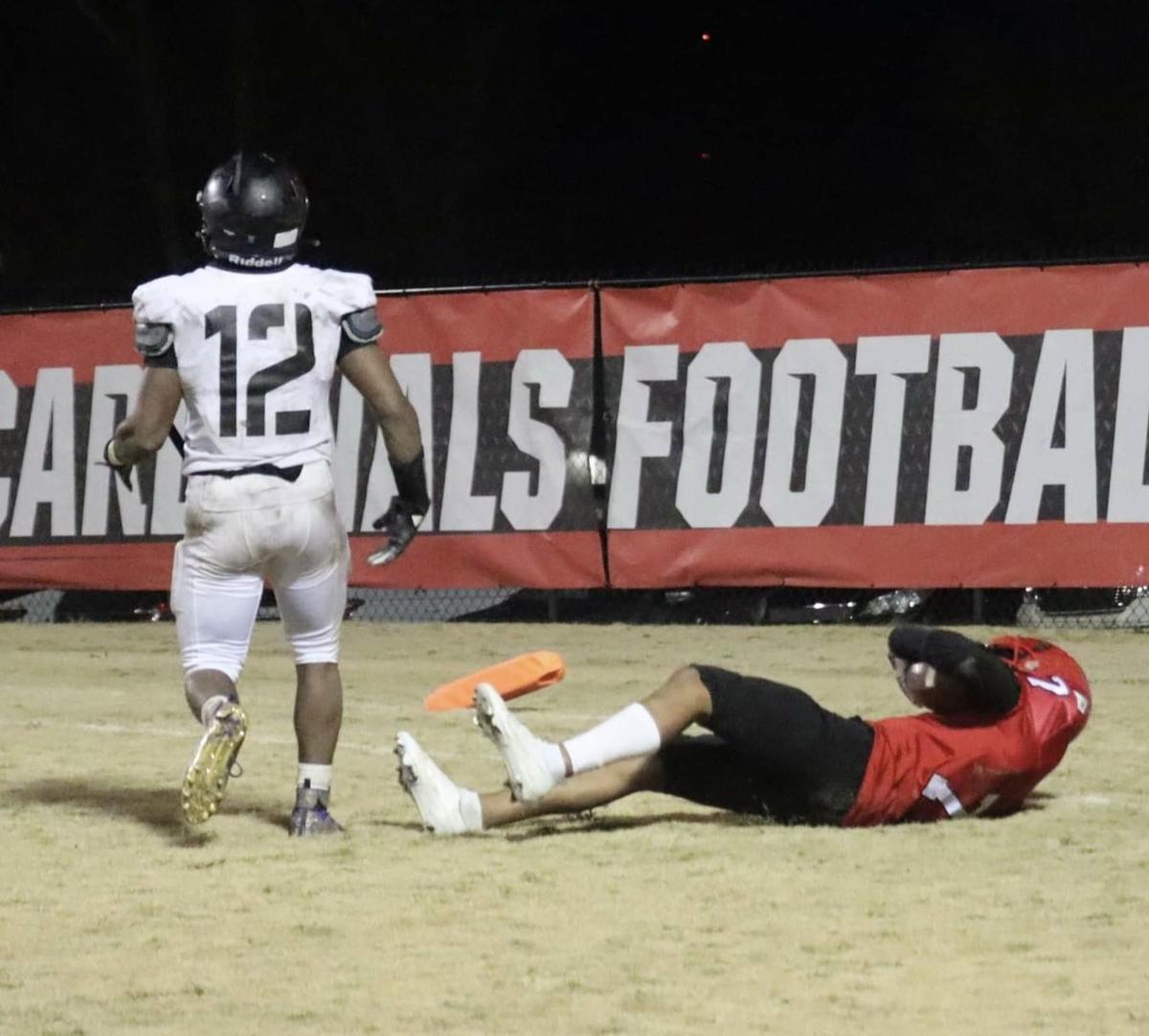 Mayfield wide receiver James Topp (7) comes down with a touchdown reception on fourth and goal to force double OT on Friday night. 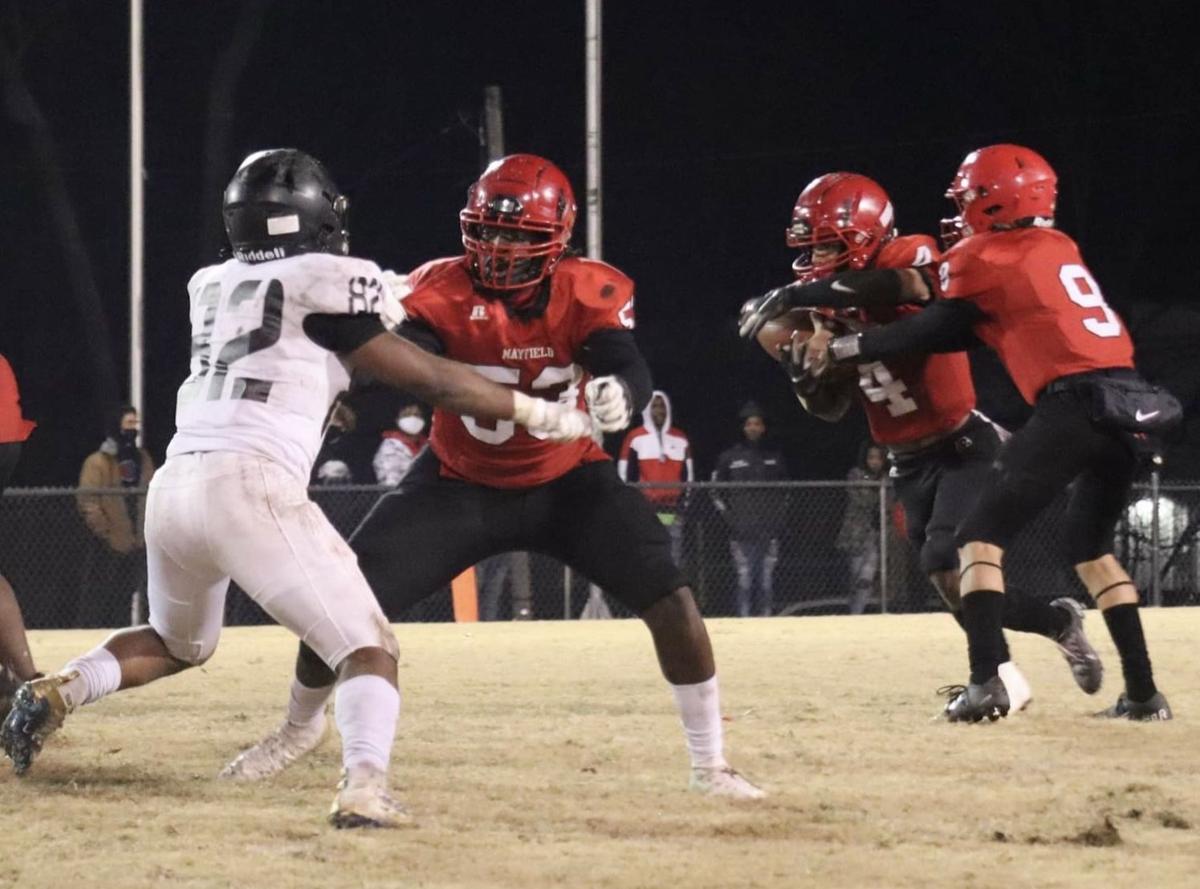 Mayfield quarterback Zane Cartwright (9) hands off to running back Kylan Galbreath (4) during the Cardinals’ 3OT loss to Murray on Friday night.

Mayfield wide receiver James Topp (7) comes down with a touchdown reception on fourth and goal to force double OT on Friday night.

Mayfield quarterback Zane Cartwright (9) hands off to running back Kylan Galbreath (4) during the Cardinals’ 3OT loss to Murray on Friday night.

If there’s one thing football teams in west Kentucky know, it’s that beating Joe Morris and the Mayfield Cardinals at War Memorial Stadium is no easy feat.

The Cardinals were 90-2 at home dating back to 2009 heading into Friday’s Class 2A second round matchup with the Murray Tigers.

Mayfield defeated Murray 21-20 in overtime during the regular season in an instant classic at Ty Holland Field.

This time around, the Tigers came away victorious, mounting a 28-21 comeback win in triple overtime to take down the Cardinals for the first time since 1997.

“The bottom line is we had the ball on the one yard line for three plays and couldn’t get the ball in the end zone to go up 21-0,” Morris said. “Hats off to Murray, in the second half we just couldn’t get anything going offensively. I’m disappointed for our kids, they played hard, we just fell short.”

A total of three lost fumbles in the first half allowed Mayfield to take a 14-0 lead into the break thanks to rushing touchdowns from both Kylan Galbreah and Trey Murrell.

The Tigers would settle in and cut the Cardinal lead in half towards the end of the third quarter thanks to a two-yard touchdown run by Sebastian Lawrence.

Following their first score, the Tiger defense stepped up big, helping Murray get the ball back midway through the fourth with a chance to tie things up at 14.

With the ball down seven, Sokolowski found Daniel Klukan who fumbled following the reception at midfield, giving Mayfield another gift wrapped turnover.

The Tigers refused to fold following the turnover, forcing a huge three-and-out to force Mayfield into a punt.

On the kick return, Charvelle McCallister, who had a relatively quiet night up until this point, ran the kick 60 yards for a Murray touchdown.

On the return, a flag was thrown, then picked up by the officials, causing an uproar from both sides as things began to heat up at War Memorial Stadium.

With the chance to take a late lead and secure the win, Mayfield couldn’t get anything going on offense, electing to run the clock out for overtime.

In the first frame, each team managed to find the endzone on miraculous plays as Klukan and James Topp saved the day for their respective teams, sending the game to double-overtime.

In double OT, each side beefed up their defense as two missed field goals sent the game to an improbable triple-overtime.

In the third, and final overtime of the night, Sokolowski found Ashkahn Nabavi in the end zone with what would be the game-winning touchdown as Cartwright would get picked off on the Cardinals’ ensuing possession.

Murray will move on to the third round where they will face the Owensboro Catholic Aces.