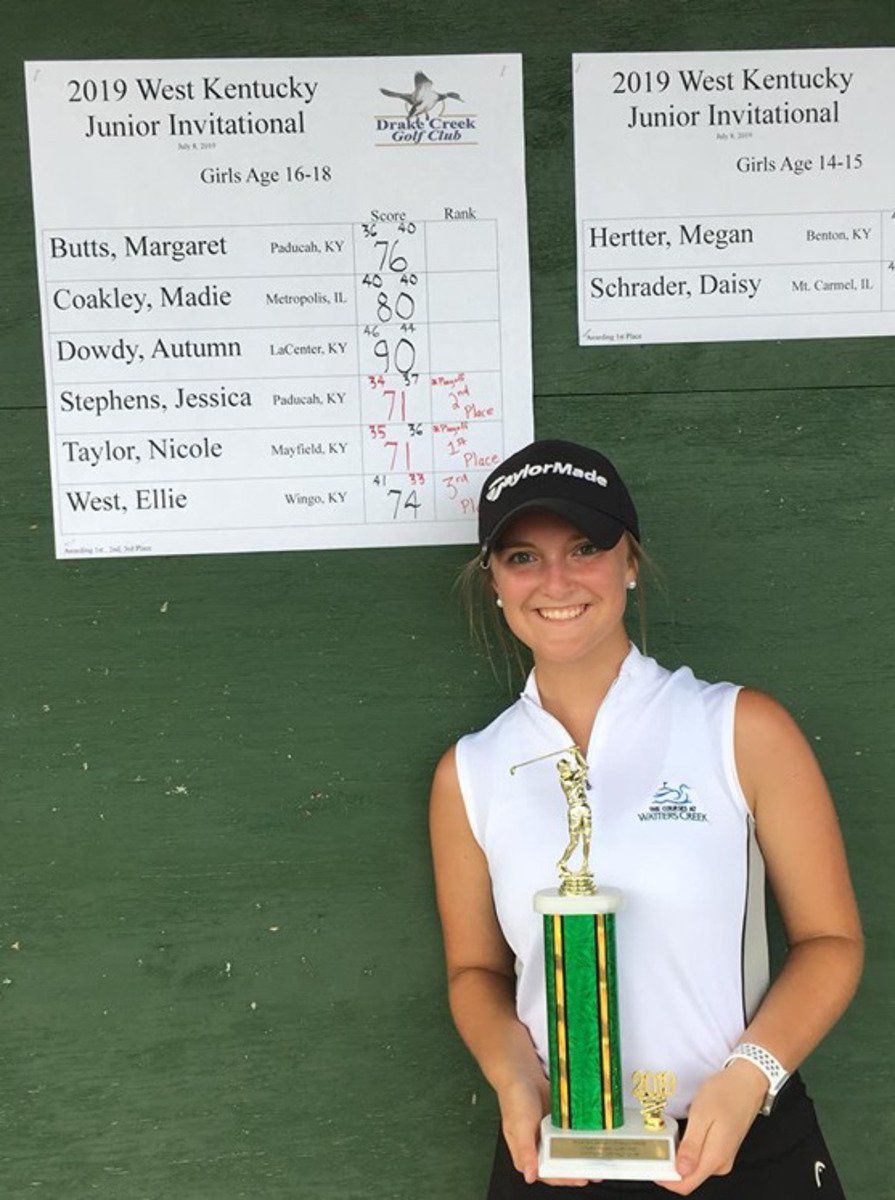 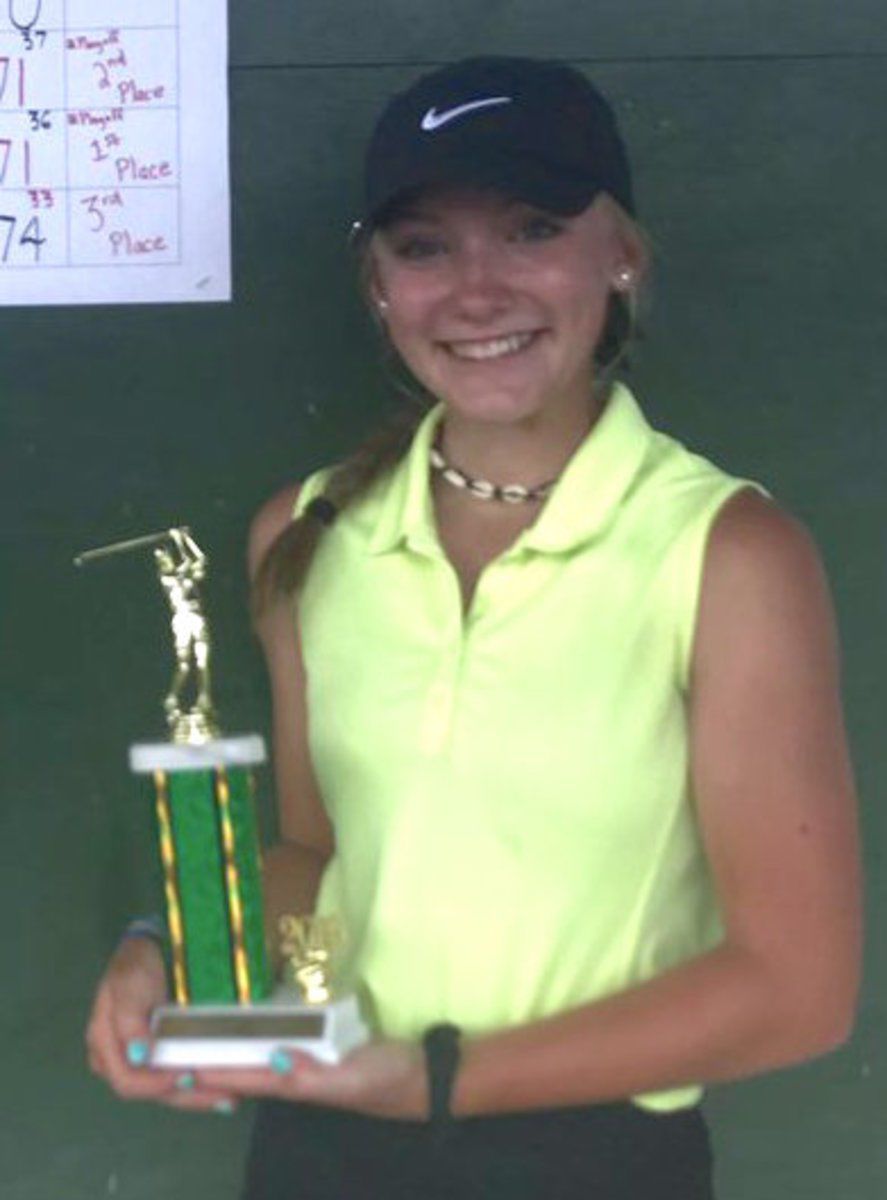 But the pair -- part of a trio earning the 2018 First Region Player of the Year award -- instead summoned the spirit of competition and battled through seven playoff holes before Taylor's 60-footer of a putt twirled and dropped in the No. 18 green cup for her third-consecutive West Kentucky Junior Golf Championship.

Taylor and Stephens had been in a playoff together before (for the 2018 First Region individual title, no less), but nothing as stressful -- or as unrelenting -- as this.

"It was definitely tiring; I'm not going to lie," Taylor said. "But it was fun to get to keep playing. Neither of us wanted to call it quits."

Stephens was 2-under after nine holes and toted a one-shot lead over Taylor and a two-shot lead over fellow tee partner and third 2018 First Region Co-Player of the Year Margaret Butts (St. Mary). She'd unfortunately roughed up her tee shot and posted a double-bogey on No. 10, which left Stephens and Taylor to create the pace.

Sitting at even coming up to the final regulation green, Taylor just missed a chance to evade the playoff -- when her 35-foot putt from the foot of the green skipped over the cup instead of falling for a big-time birdie.

From there, Stephens and Taylor would simply mirror each other.

Taylor's approach was well short of the daunting water out front, and her fairway stroke land right and in front of those trees to the right side.

Her flop shot, however, landed just inside the right fringe and allowed for a putt, and after Stephens missed a heartbreaking 5-foot par putt, Taylor jarred it.

"I shot the round of my life today," Stephens said. "And I really wanted to round it out today. But I've got to give credit to Nicole; that was a pretty awesome putt, and I missed the short one. But I'd never shot even in competition."

For Taylor, this is just the kind of sprucing she wanted before heading to Union University for collegiate golf in the fall

And for someone like Stephens (who currently owns interest from Freed-Hardeman, Bellarmine and Midway), this was the kind of challenge needed to help push her into her senior year as the Lady Mustangs' No. 1 ace.

"The lesson is 'definitely not to give up,'" Taylor said. "It gets hard. It's hot, and that makes you want to quit. But you just have to know to keep pushing to get it done."

Butts wound up finishing fourth with a 76, while Graves County's Ellie West snuck up and took third place with a 74 thanks to a scorching 33 on the back nine.